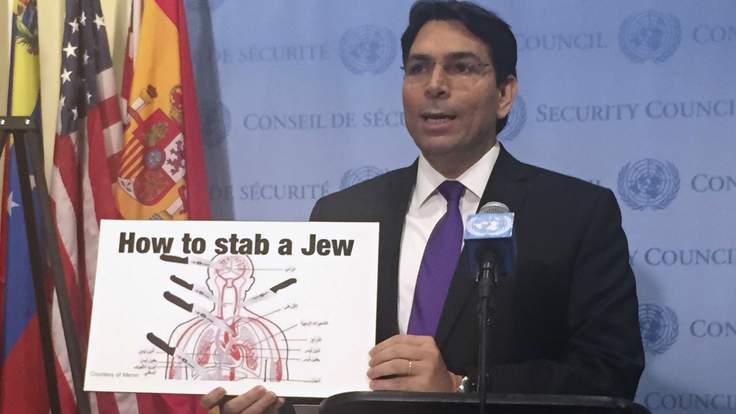 [Arab Muslim terrorists] have posted videos and photos on social media that show detailed instructions on “how to stab a Jew.”

The images show the best ways for would-be attackers to carry out maximum bodily damage to their Jewish targets and ways to create deadly weapons to carry out the attacks, The Times of Israel reported.

The posts have been published under various headings created in recent weeks such as “The Intifada Has Started,” “The Third Intifada,” “The Knife Intifada,” “Poison the Knife before You Stab” and “Slaughtering the Jews,” according to information made available by the Middle East Media Research Institute.

Various videos posted on multiple social media accounts demonstrate how to stab and snatch a soldier’s weapon, how to cause the most damage in a stabbing attack, which parts of the body to aim for when stabbing a victim, and how to adapt ordinary kitchen knives into deadly attack weapons.

The videos have outraged Israeli officials who say they further demonstrate how [Arab Muslims] are inciting violence in Jerusalem.

Israel’s U.N. ambassador, Danny Danon, displayed a how-to infographic from one of the stabbing videos before a meeting of the U.N. Security Council on Friday.

“You can see with this picture what incitement looks like,” he said while showing a page, the New York Post reported.

YouTube removed one such video from its site two weeks ago after Israeli officials complained it promoted terror.

Israel’s first-aid officials have published their own video in response, instructing citizens on how to respond to a stabbing attack.