All girls school bans words “girls”, “ladies” and “women” for gender-neutral only language to support LGBTI 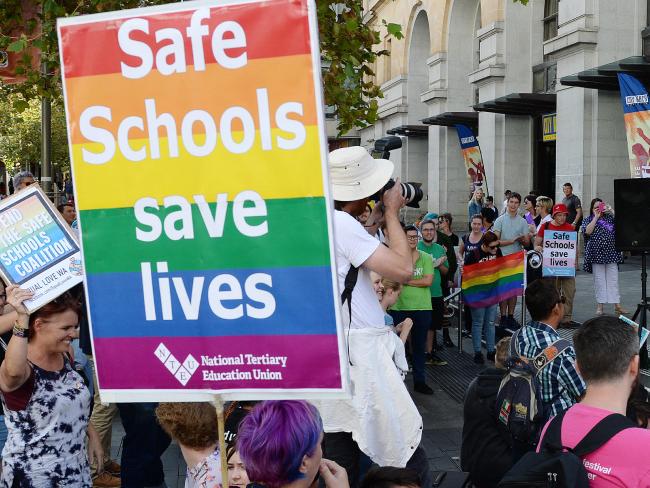 How can you be an all female school and not be gender specific? The world is completely insane.

A LEADING Sydney girls’ school’s decision to eliminate gender-specific terms from its teachers’ vocabularies has prompted calls for sackings and government intervention at the exclusive institution.

Teachers at the prestigious northwest Sydney school, Cheltenham Girls High School, have been asked to stop referring to students as “girls”, “ladies” and “women”, and use only gender-neutral language, The Daily Telegraph today reported.

The request was put to teachers at a staff meeting earlier this year discussing the implementation of the Safe Schools anti-bullying program, the newspaper reports.

It was suggested to teachers that by using such language they could be seen to be breaking the law and could be at risk of being sued by LGBTI students.

“They’ve been scared into doing this by whoever’s pushing that twisted bible the Safe Schools program, and they’re scared of somehow being sued,” he said.

Smith took calls from listeners calling for the minister responsible to step in and the teachers, principals and administrative staff to be sacked and the school taken over by administrators.

He said if the school was serious about its new language policy, it should take its signage with white paint, eliminating the world “girls” from its title.

“Let’s step in and put a new board in place just like Parramatta,” he said.

There has been similar commentary on Nine’s Today this morning, with Sunday Maileditor Peter Gleeson telling the program the initiative was “overreach at its worst”.

“I am all for diversity and making sure that our younger generation understand exactly what is gong on within the community, but to implement something like this, it’s just ridiculous.”

In an interview with Macquarie Radio, the Minister confirmed there was a meeting at the school reminding teachers of discriminatory language and denied it was connected to Safe Schools.

“I don’t think there’s anything improper about that,” he said.

A spokesman for the NSW Department of Education told news.com.au gender-specific terms would still be used by teachers at the school.

“Gender-specific terms will continue to be used by Cheltenham Girls’ High School when referring to students.

“As the Education Minister has asked the Department for a report on public claims raised in relation to this matter, it is not appropriate to comment further on them at this time.”