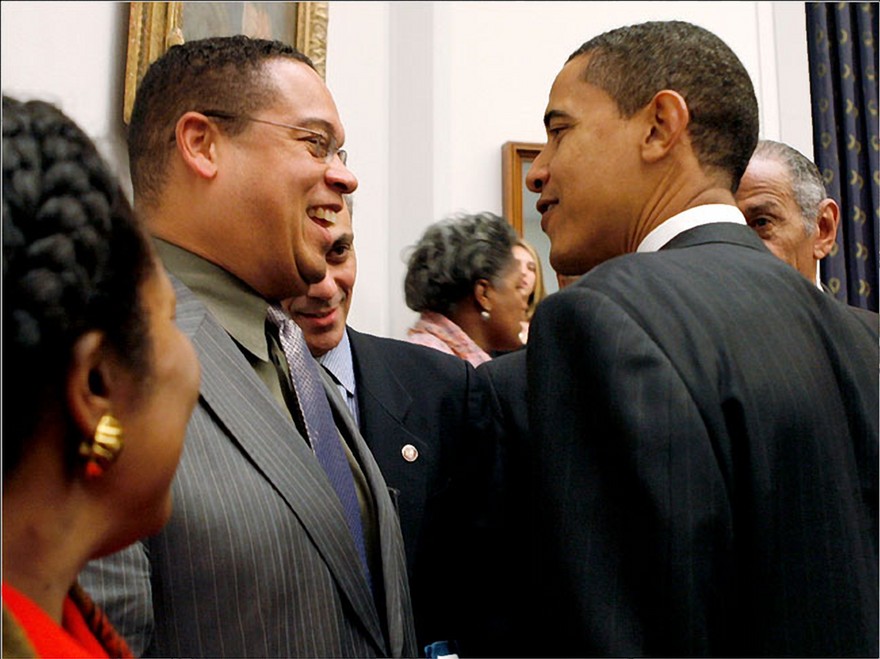 Secretary of State John Kerry, in his lengthy harangue about Israel, lamented that “too often … anyone who disagrees with Israel policy is cast as anti-Israel or even anti-Semitic.”

We live in an age in which it is considered unacceptable for anybody from a majority group to lecture members of a minority group about what does and does not qualify as bigotry. Straight white cisgendered males who question claims of sexism, racism, homophobia, or transphobia, are routinely scolded, commanded to “check their privilege” and to “stop mansplaining.”

So it’s notable that Kerry, a non-Jewish former Senator and presidential candidate in a powerful cabinet post, used his perch to casually downplay claims of prejudice against a religious minority that makes up less than one-fifth of one-percent of the world’s population yet has been persecuted for thousands of years, slaughtered by the millions, and whose adherents are regularly targeted around the world, including in the United States. In fact, in the face of news stories about the rise of Islamophobia, American Jews are still the victims of a majority of religious hate crimes in the U.S., despite making up less than 2 percent of the population. (Even after adjusting for population, Jews are still more targeted than Muslims.)

This can be widely seen by the wave of attacks against Jews on college campuses, where reports of anti-Semitic incidents have been rising, and where it’s hard to distinguish between attacks on Jews and attacks on Israel. A report on anti-Semitic activity on college campuses from the AMCHA Initiative found a spike in attacks during the first half of 2016 at over 100 universities with the highest concentration of Jewish students. Anti-Semitic incidents were eight times more likely at campuses that had at least one anti-Zionist group, such as Students for Justice in Palestine.

At the University of California, Berkley campus – one of the most liberal in the country – an SJP member “grabbed a pro-Israel sign from a Jewish student and then shoved him,” according to the report. Also at Berkley, graffiti was found on a bathroom wall reading, “Zionists should be sent to the gas chamber.” At Drexel University, a Jewish student actively involved in Jewish life, found a swatstika and the word “Jew” written near an Israeli flag outside his dorm room.

These incidents are minor compared to the wave of attacks against Jews across Europe. Those who attacked synagogues and murdered shoppers at a Kosher supermarket in Paris were not distinguishing between Israel and Jews. And of course, [Arab Muslim terrorist groups in Israel] such as Hamas make no distinction when they advocate destroying all of Israel, fire missiles at civilians, and sponsor children’s television shows featuring characters that include a Jew-eating rabbit.

It’s worth noting that when Hamas joined the [so-called] “Palestinian” government, the Obama administration still pledged to work with the government and acted as though it was a legitimate peace partner and that Israel was really to blame for the lack of progress in negotiations.

Obviously, this isn’t to suggest that the Obama administration is the same as those advocating genocide against Jews, or that the typical American liberal pundit criticizing Israel is dreaming in swastikas and secretly fantasizing about sending Jews to the ovens.

The problem is that while criticism of Israel and anti-Semitism are not synonymous, many of the arguments being advanced by Israel’s critics are frighteningly similar to historical tropes being deployed by anti-Semites to this day. Throughout the centuries, Jews have been portrayed as a small minority using money to exert a disproportionate influence over policies that benefit them at the expense of their country and the broader world. Throughout history, they’ve had their loyalty questioned

Throughout his administration, Obama and his subordinates have used rhetoric that feeds into such arguments, creating space for liberal authors and advocates to take them further, which in turn has added fuel to the burgeoning fire of anti-Semitism. They elevated conspiratorial narratives about the influence of Jewish lobbyists throwing money at lawmakers in order to exert a powerful and negative influence on U.S. foreign policy at the behest of another government. They criticized Israel relentlessly and obsessively, even when there’s been no clear policy objective, and in the process they have diverted attention from global humanitarian crises.

During the fight over the Iran deal (which even if it works as promised gave billions to the world’s leading sponsor of terrorism, made the country a more powerful conventional threat, and left the door open to a future nuclear bomb), Obama couldn’t accept that anybody would have actual objections to his policy on the merits. Instead, he smeared his opponents with rhetoric that played into anti-Semitic stereotypes.

In a tense meeting with Democratic Senators critical of the deal, according to the New York Times, Obama said, “he understood the pressures that senators face from donors and others.” This promotes the narrative of wealthy Jewish donors corrupting lawmakers to advance the interests of a foreign power.

Though this was a newspaper account of a private meeting, Obama eventually made this argument repeatedly and publicly. He said at a press conference that he hoped Congress evaluated the deal, “not based on lobbying but based on what’s in the national interest of the United States of America.” He went on the “Daily Show” and attacked “money” and “lobbyists” working against the deal.

Now, it may be seen as perfectly normal political strategy for a president advocating a policy to attempt to delegitimize opponents as being unduly influenced by lobbyists, but in this case he was obviously referring to the pro-Israel lobbying group AIPAC. Also, it’s clear that in past controversies his administration drew zero distinction between the pro-Israel lobby and Jews.

Remember, Obama had elevated to Defense Secretary Chuck Hagel, the former Republican Senator who broke with his party on Israel. Hagel once infamously lamented that, “the Jewish lobby intimidates a lot of people up here.” When this came up at his confirmation hearings, Obama stood by Hagel. Obama shouldn’t be allowed to get away with his decision to pick Hagel for one of the most important cabinet posts, on one hand, and then expect us to pretend that when he decried lobbyists and donors exerting influence over lawmakers (urging them to act against their own country’s best interests) that he wasn’t referring to Jews.

Of course, liberal writers and websites had greater leeway to amplify Obama’s thinly veiled charges of disloyalty and influence peddling among wealthy Jews. Politico ran a cartoon that portrayed Netanyahu building a settlement on top of the U.S. Capitol, planted with the Israeli flag bearing the Jewish Star of David, and with a cement truck stamped with the word AIPAC. The Huffington Post published a piece by Yale professor David Bromwich titled, “Netanyahu and his Marionettes,” actually portraying lawmakers who opposed the deal as puppets of the Israeli government and Jewish donors. It also attacked Sen. Chuck Schumer for putting the interest of Israel ahead of America.

As the most prominent Jewish Democrat who voted against the deal, Schumer was subjected to special treatment from so-called progressives and other Israel critics. The liberal website Daily Kos ran a cartoon describing Schumer as a “traitor,” featuring him in the form of an animal standing in front of an Israeli flag. On social media, things got nasty, with tweets including, “It’s sick that most Jewish members of Congress will decide on [the Iran deal] based on Israel’s interests not U.S” and “Sen. Schumer could just as well take Israel’s citizenship + residence and join Netanyahu. He’s an #IsraelFirsters.” Reza Marashi of the National Iranian American Council joined the pile on, tweeting, “Shame on Chuck Schumer for putting #Israel’s interests ahead of America’s interests.”

Liberals often urge conservatives to consider how their messaging and obtuseness comes across to traditionally oppressed minority groups. If they mean what they say, liberals should take some of their own advice and show some empathy. They should consider how such statements are going to come across to many American Jews who are familiar with the dark history of anti-Semitism.

In the 1920s, Henry Ford published a series of articles about the influence of wealthy global Jewry. Called “The International Jew: The World’s Foremost Problem” it talked about the disloyalty of Jews and their negative influence around the world – and stated that Jews could never actually be loyal to any country. Writing about “the Jew,” the book read, “While under a flag he may be correct in the conduct required of him as a citizen or resident, inevitably he has a view of flags which can hardly be shared by the man who has known but one flag.” Just as liberals try to argue that charges of anti-Semitism are meant to silence discussion, so to did the authors of the “International Jew” lament, “Anyone who essays to discuss the Jewish Question in the United States or anywhere else must be fully prepared to be regarded as an Anti-Semite, in high-brow language, or in low-brow language, a Jew-baiter.”

It’s one thing to take issue with Israel’s policies. But liberals and the Obama administration have focused obsessively and myopically on criticisms of Israel to the exclusion of other foreign policy issues. Okay if Kerry has a problem with Jewish communities in Eastern Jerusalem and the West Bank. But what was the point, after allowing the United Nations to gang up on Israel on the matter, of speaking for over an hour, disproportionately lashing out at Israeli settlements while skimming over “Palestinian” terrorism? And why was it so important to give such a negative speech against Israel as likely his last major speech in government? Why is Israel so important relative to the Civil War in Syria, which has killed hundreds of thousands? Where are the 70 minutes of hard truths about the fact that the government of North Korea effectively keeps 25 million people locked in a prison? Even if we give Kerry, Obama, and liberal critics of Israel the benefit of the doubt that their criticisms of Israel are not rooted in any animus toward Jews, it doesn’t mean that their words and actions aren’t helping to legitimize anti-Semitism.

Liberals have a tough time recognizing this because of their attitude that they cannot possibly be advancing prejudice of any kind, as they think of themselves as the tolerant ones who are always fighting bigotry. They don’t recognize any anti-Semitic feelings in their own attitudes toward Israel, so they assume that others critical of Israel must also be just as earnest. In doing so, they give a pass to a lot of dangerous boiling hatred against Jews.

Throughout the presidential campaign, President-elect Trump was repeatedly criticized – including by this author – for playing into white identity politics and normalizing bigotry. It’s time for liberals to look in the mirror and reflect on what they are doing to normalize anti-Semitism.