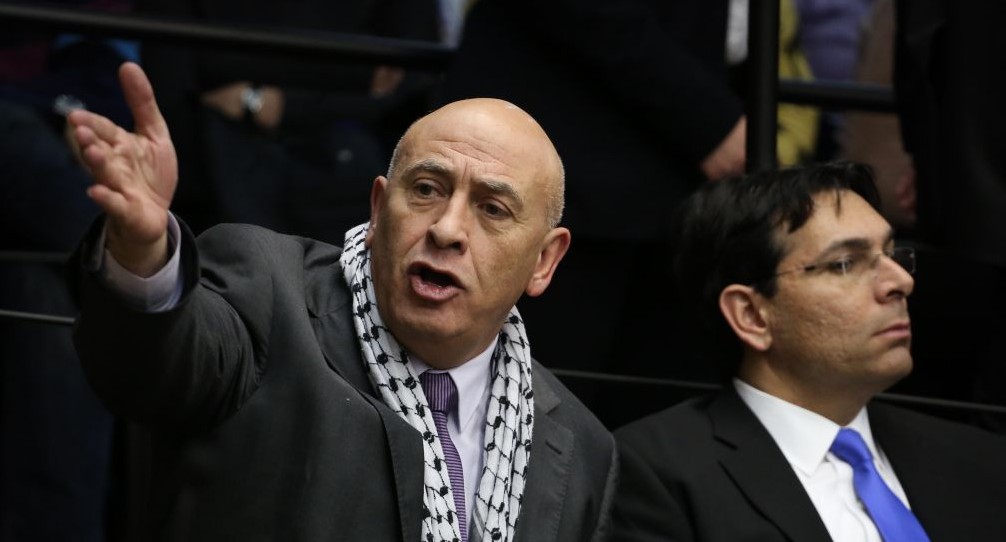 This is what happens when you put the enemy in your own government.

MK Basel Ghattas was arrested Thursday night after questioning in connection with allegations he passed cell phones, SIM cards and coded messages to Arab terrorist prisoners incarcerated in an Israeli prison, according to the Hebrew-language 0404 news site. According to the report, Ghattas passed information and communications equipment to Hamas prisoners in the jail.

The Israel Police Lahav 433 serious crimes unit questioned the Balad party Knesset member for a second time Thursday in connection with the accusation. He was placed under arrest following that interrogation.

Police told 0404 they believe the evidence is sufficient to charge Ghattas with assisting the enemy and endangering national security, in addition to the current charges of conspiracy, fraud, breach of trust and offenses under the Israel Prisons Service Ordinances (bringing in prohibited/dangerous items.)

The Balad party lawmaker is scheduled to be arraigned on Friday morning at 8 am before the judge in the Rishon Lezion Magistrate’s Court.

Earlier in the day, Ghattas was officially stripped of his diplomatic immunity from the Israeli parliament, which up to that point had protected him from search and arrest during investigations.

Knesset Speaker Yuli Edelstein announced Ghattas had agreed to relinquish his immunity after being confronted with evidence proving he had sneaked in the cell phones to prisoners.

Ghattas was shown video footage that revealed him handing papers to an inmate who is serving a 37-year sentence for murder. The footage also shows him handing envelopes to a second inmate, which when later confiscated by prison guards and opened, were found to contain cell phones and SIM cards.

Attorney-General Avichai Mandelblit wrote in his request to the Knesset asking to strip Ghattas of his immunity, that Ghattas had denied passing anything to the prisoner.

Moreover, it was only after he was shown the video that he admitted having passed the envelopes. Ghattas continued to insists he didn’t know what was in them, and according to Ynet, he said he believed he was giving the prisoner “literature.”