Baltimore Police Officer: Cops Now Afraid to Do Their Jobs 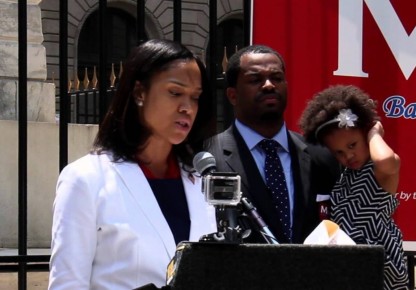 Police in Baltimore are now afraid to do their jobs for fear they could be prosecuted if someone complains about them, a shift supervisor told Fox News.

Baltimore Police Lt. Ken Butler told Fox News Channel’s “The Kelly File” on Monday that he and a co-worker were “disappointed” and “fearful” after State’s Attorney Marilyn Mosby announced charges against six police officers involved in the arrest of Freddie Gray last month. Gray suffered a severe spinal cord injury and died in a hospital.

Butler and other critics have said Mosby brought the charges too quickly in an effort to prevent more rioting in the city.

“I have my finger on the pulse of the rank-and-file officers on the street and I speak with them daily, and now they think, well, if I get in trouble, this police commissioner is not going to back me up,” said Butler.

“Now, from what they’ve seen, if someone makes a complaint and it’s controversial, then maybe Madame State’s Attorney is going to bring charges against me.”