Demonstrators participating in a “Black Lives Matter” protest in Oakland against police smashed store windows, injured a journalist, and vandalized the city’s main Xmas tree in Jack London Square in the latest violence associated with the movement. 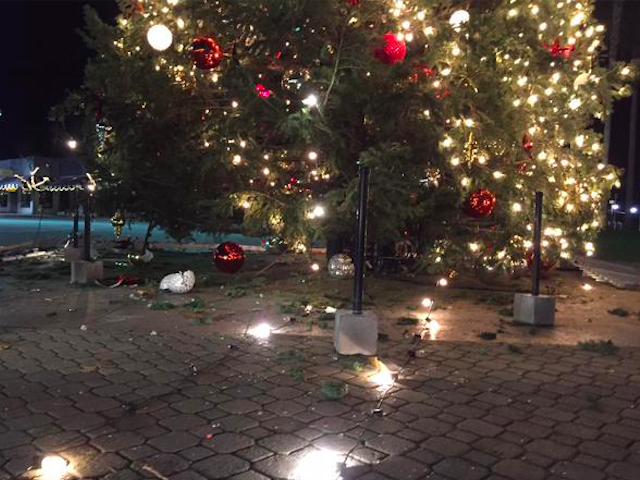 The protest was called “No Time Off,” in defiance of the holiday: “The idea is to give no time off to police in the context of racial discrimination and state violence happening every day,” one demonstrator told the local NBC News affiliate.

Activists from “Occupy Oakland” called the anti-police protests the “Best Xmas party of the year,” but for police forced to control dozens of violent protestors, it was anything but. Likewise for a photojournalist who was struck on the hand and injured by a bottle thrown by demonstrators, according to Evan Sernoffsky of the San Francisco Chronicle.

Oakland has seen some of the most violent protests, aside from Ferguson, Missouri and New York, where two of the original encounters with police took place.