Bloomberg’s Heilemann: “In His Gut, Trump’s a Social Liberal” 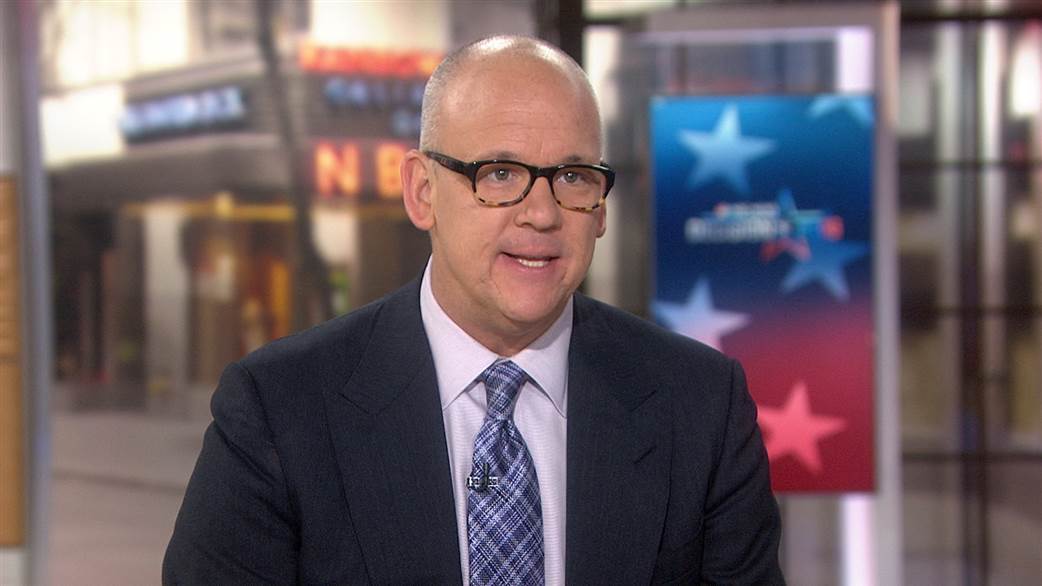 From bathrooms to abortions, Bloomberg’s John Heilemann believes that in his heart, Donald Trump is a social liberal. Heilemann made his assertion on today’s With All Due Respect in the context of discussing Trump’s comments on a Today town hall this morning in which he was critical of the North Carolina transgender bathroom law, and said he’d have no problem letting Caitlyn Jenner choose any bathroom.

Heilemann: “Trump is probably, I think in his gut, a social liberal. I think his position on abortion, for instance, the [“very pro-choice“] position he held for most of his life, is the real position . . . I think on this issue he’s like most Manhattanites or most New Yorkers: he’s basically a social liberal.”

What do readers think? Was Trump’s Donnie-come-lately conversion to a pro-life position sincere, or does he remain the social liberal on abortion and other issues that he always was?  And if so, how should that affect his support in Republican primaries, and would it, as Heilemann and Halperin claim, help him in the general election?

MARK HALPERIN: He believes that transgender people should be able to use whichever bathroom they choose.

DONALD TRUMP: There have been very few complaints the way it is. People go, they use the bathroom that they feel is appropriate. There has been so little trouble and the problem with what happened in North Carolina is the strife and the economic, I mean, the economic punishment that they’re taking.

MATT LAUER: Do you have any transgendered people working in your organization?

LAUER: So if Caitlyn Jenner were to walk into Trump Tower and want to use the bathroom, you would be fine with her using any bathroom she chooses?

TRUMP: That is correct.

MARK HALPERIN: So with these comments, Trump has now taken a position that could hurt him in this nomination fight and potentially help him in the general election. John, is Trump taking this position you think out of principle or a sense of the politics of it?

JOHN HEILEMANN: Well, I think the answer is principled, and of course it suggests something not flattering about Trump, which is that in my judgment Trump is probably, I think in his gut, a social liberal. I think his position on abortion, for instance, the position he held for most of his life, is the real position, what he really thinks about abortion. Today, he talked about how he is for the three exceptions: rape, incest, life of the mother. I think on this issue he’s like most Manhattanites or most New Yorkers: he’s basically a social liberal. I think he’s saying what’s in his heart. I also think he knows that it helps him politically in the general election. These two other gentlemen, Mr. Limbaugh and Mr. Cruz, they are obviously incredibly crude in how they talk about this issue and have no real respect for people who are transgendered, but I think Donald Trump, speaking his heart.