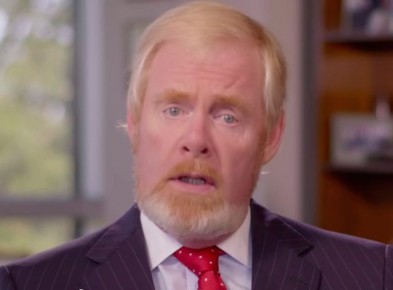 “I wholeheartedly endorse Ted Cruz for president of the United States, and urge all conservatives nationwide to rally behind Ted, immediately,” said Bozell in his endorsement video. “The Republican party establishment is counting on conservatives to be divided, so that they can nominate a “moderate”, do-nothing candidate. Make no mistake: If the Republican Party repeats what it’s done for the last two elections, Republicans will lose. I guarantee it.”

Bozell praised Cruz as a brave candidate who would defy the entrenched interests of Washington’s political class.

“If, on the other hand, we nominate a principled, passionate conservative America can count on to restore her greatness, there will be an outpouring of support,” he continued. “We need a courageous conservative who tells the truth and does what he promises. We need to nominate an inspiring leader, who’s proven he’s willing to take on the Washington cartel and buck the political establishment of both parties. We need a leader who will win and reignite the promise of America.”

“And there’s some good conservatives running for president,” Bozell added. “But we need more than a ‘campaign’ conservative. We need a consistent conservative who has led the fights important to us. Ted Cruz is this leader. I support Ted Cruz for president unconditionally and enthusiastically.”