California Transgender Prison Inmates Soon To Be Given Bras and Makeup 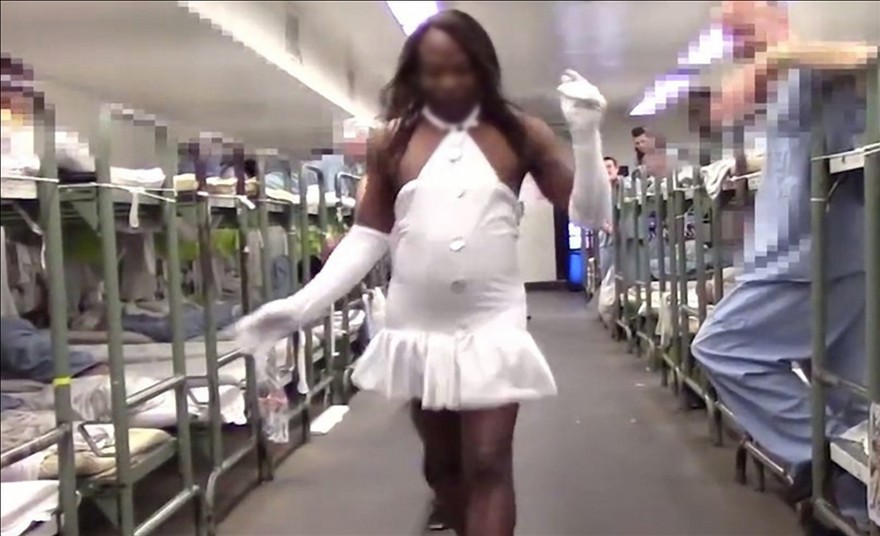 Sodom and Gomorrah… I mean… California paves the way, again.

According to a report in the Associated Press, men’s prisons in California may soon furnish male inmates who identify as women with bras, makeup and other feminine accouterments.

Likewise, women’s prisons would provide inmates with boxer-shorts and, presumably, Axe Body Spray. The Free Beacon reports that the changes stem from a lawsuit by — wait for it — a murderer serving a life sentence “who was the first inmate in the state to receive taxpayer-funded sex change surgery.” The Beacon adds:

The new rules were introduced Tuesday and must go through a public hearing and comment period before they take effect.

The rules are in response to lawsuits filed by Shiloh Quine, born Rodney James Quine, who murdered Shahid Ali Baig, a young father of three, during a kidnapping and robbery in 1980. Quine was sentenced to life without the possibility of parole.

Quine now goes by the name Shiloh Heavenly Quine, and was granted a sex-change operation in 2015, funded by state taxpayers, and moved to an all-women’s prison earlier this year after having surgery.

Quine is now protesting that the prison has not provided a razor, prompting the state to decide to add toiletries and other cosmetics to transgender inmates.

“Quine said the resulting beard and mustache were making the transition to life as a woman more difficult, while she also was being denied her television and enough privacy to perform required intimate post-operative procedures,” the Associated Press reported.

The “LGBT Senior Long-Term Care Bill of Rights,” introduced by Scott Wiener, a state senator from San Francisco, would force nursing home workers to use a residents’ preferred pronoun and prohibit “transferring a resident within a facility or to another facility based on anti-LGBT attitudes of other residents.”

Wiener said the Senate Human Services Committee passed the legislation by a 3-1 vote in the “face of right-wing attacks.”

Yes, because octogenarians in the throes of dementia really care about being referred to as “xir.”