Comey back in the spotlight after Flynn makes a deal 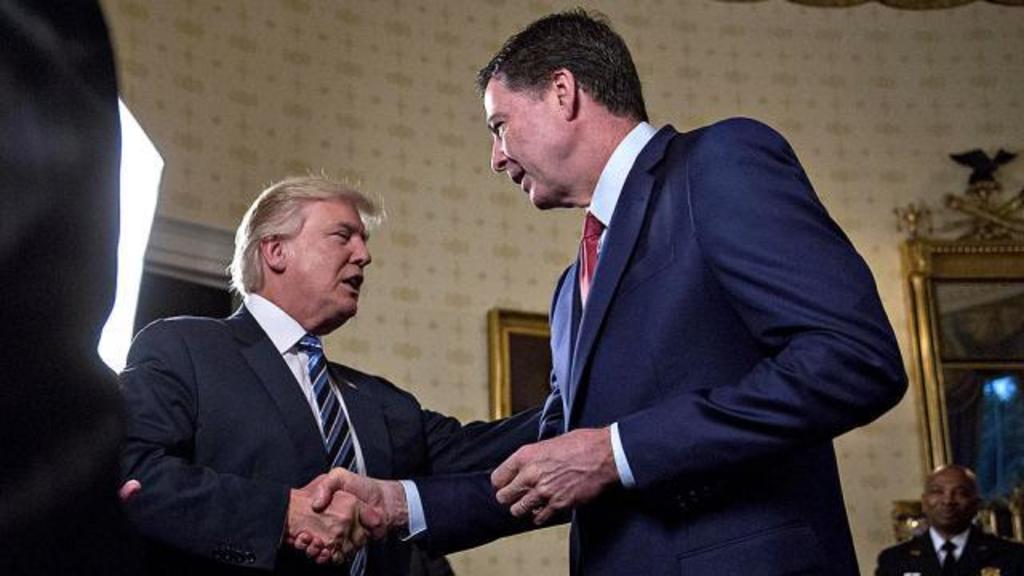 Former FBI Director James Comey is back in the spotlight of the Russia investigation now that former national security adviser Michael Flynn has pleaded guilty to lying to the bureau.

Lawmakers in Sunday television interviews across the networks were re-evaluating Comey’s June Senate testimony accusing President Trump of asking him to drop the investigation into Flynn, with several guests indicating Comey might be able to answer additional questions.

Flynn, one of Trump’s former top aides and someone Comey investigated closely during his time leading the Russia investigation, is now cooperating with Robert Mueller’s special counsel probe.

Also on Sunday, Trump took to singling out his former FBI director in an early morning tweet. Trump said the bureau’s reputation has been damaged because of Comey.

“After years of Comey, with the phony and dishonest Clinton investigation (and more), running the FBI, its reputation is in Tatters – worst in History!” Trump wrote.

“I’d be careful if I were you, Mr. President. I’d watch this,” Sen. Lindsey Graham (R-S.C.) warned about Trump targeting Comey during an interview on CBS News’s “Face the Nation.”

Graham said he did not agree with Trump’s description of the bureau, but said Comey will have to answer for decisions he made during his time helming the FBI.

Trump fired Comey in May, in a decision that triggered the appointment of Mueller to take over the federal investigation into Russia’s election meddling and its possible collusion with the Trump campaign.

Some observers expect Comey to face more questions about his time leading the FBI investigation.

“I think given the plea deal with Gen. Flynn, I think Comey will play another role in this,”  former Rep. Mike Rogers (R-Mich.), the former chairman of the House Intelligence Committee, said on CNN’s “State of the Union.”

“Though I’m sure they’ll bring him back, about that process of what he knew leading into the election,” he continued.

Comey testified previously that Trump had asked him to let go of his probe into Flynn while the former FBI chief was leading the Russia investigation, which included looking into Flynn’s contact with Moscow officials.

Flynn pleaded guilty on Friday to lying to the FBI about his past conversations with the Russian ambassador. His plea marks the first former Trump administration official to be charged by the special counsel’s Russia probe.

“I think there’s more to come” on Flynn and the Russia probe, he added.

Rep. Adam Schiff (D-Calif.), the current ranking member of the House Intelligence Committee, also on Sunday said the combination of what Flynn and Comey know could “get very close to a case of obstruction of justice.”

“Well, what that would tell me is that one of the reasons that he was intervening, the president that is, with James Comey was that he knew that this would come to light and that he wanted to protect Mike Flynn lying on his behalf,” Schiff told ABC News’s “This Week” when asked what it would mean if Flynn testifies that Trump instructed his contact with the Russians.

The timeline of what Trump knew and when is key in a case against the president. Flynn has so far only indicated Trump directed him to communicate with Russian officials after he had already won the election.

Warner also hinted at the possibility that Trump may have obstructed justice after host Jake Tapper noted that the president suggested he knew Flynn lied to the FBI when he fired him in February.

Tapper was referring to a tweet from Trump on Saturday.

“I had to fire General Flynn because he lied to the Vice President and the FBI. He has pled guilty to those lies,” Trump tweeted.

It was an apparent shift from the reasons Trump stated at the time of Flynn’s ouster, which was that he fired Flynn for lying to Vice President Pence. Trump’s personal lawyer said he actually wrote the tweet, and did not intend to “break news” by implying the president knew more about Flynn than he previously indicated.