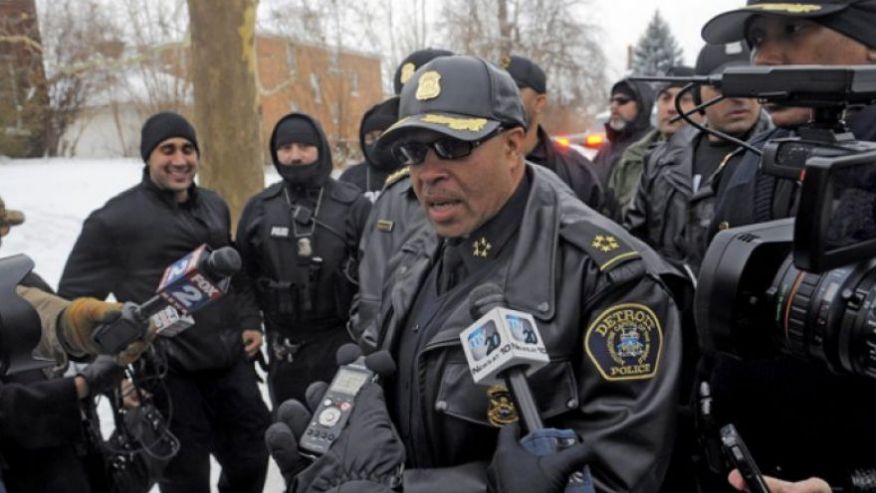 In a city plagued by crime and guarded by a dwindling police force, residents of Detroit are increasingly taking protection of themselves, their families and property into their own hands. Those who do so responsibly have the support of Detroit Police Chief James Craig, reports Fox News.

Chief Craig gave his public blessing to private gun ownership back in December, 2013, and in 2014 some 1,169 handgun permits were issued, while 8,102 guns were registered with city police – many to prior permit holders who bought new firearms. So for in 2015, nearly 500 permits have issued by the department and more than 5,000 guns have been registered.

“When you look at the city of Detroit, we’re kind of leading the way in terms of urban areas with law-abiding citizens carrying guns,” Craig said recently.

Firearms instructor Rick Ector said, “There’s definitely been a ‘Chief Craig’ effect.” Ector and other instructors have seen a steady rise in locals looking to get a permit, to protect themselves either on the street or in their homes.

“Home invasions have gone down,” he said. “A huge reason was that there was a huge spate of homeowners using their guns against intruders. More people have guns and it’s making burglars cautious.”

with a population of about 680,000, some 83 percent of which is African-American, Detroit’s growing embrace of Second Amendment rights has a racial component that is not unique to the city. According to a recent survey from Pew Research Center, 54 percent of African-American residents nationwide now see legal gun ownership as more likely to protect people than to put their safety at risk. That figure was up from 29 percent two years ago.

“If anyone should have the right or need to carry a gun, it should be the African-American community,” says Philip Smith, founder of the National African American Gun Association.​

Detroit resident Darrell Standberry, who in 2011 used a handgun to kill a career criminal who tried to steal his car and kill him, says,

“I never leave home without my weapon,” he said. “You never know when or what you’ll encounter.”