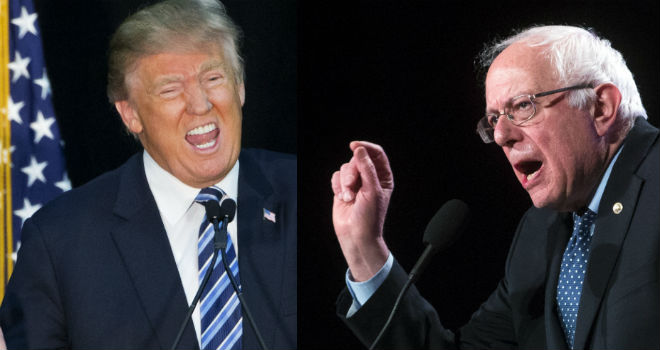 Election ’16: At a rally in New Hampshire over the weekend, Donald Trump spent a good deal of time complaining about how much the government spends on drugs. Too bad his math, and his facts, were all wrong.

Trump said that the government is “the largest purchaser of drugs in the world, and yet we buy for practically the same price as if you go to the local drug store and take something off the counter.”

“For some reason,” he said, “we’re not allowed to negotiate drug prices. Can you believe it? So we buy drugs and we pay about $300 billion dollars more than we’re supposed to, if we negotiated the price.

There’s just one problem with Trump’s promise: The government spends — in total — only a little more than $100 billion a year on prescription drugs. That’s according to the Centers for Medicare and Medicaid Services, which tracks national health spending.

Trump might have been talking about saving $300 billion over a decade, but even that would be nearly impossible to achieve, for the simple reason that the drugs the government pays for are, in fact, already heavily discounted.

Medicaid requires any drug company that wants to participate in that program to rebate a significant portion of the drugs’ costs to the government. In 2013 alone, they paid $18.6 billion in Medicaid rebates. The VA also dictates the prices that it will pay for the drugs it provides vets who use VA health services.

That leaves Medicare. It spends about $100 billion a year on drugs, after President Bush introduced the drug benefit in Medicare in 2006.

It is true that, by design, the Medicare Part D program blocks the federal government from negotiating directly with drugmakers. Instead, it relies on something you’d think Trump would appreciate — market competition — to provide the benefit at low costs to taxpayers.

Since consumers have a wide range of choices of private drug benefit plans through Part D, insurers have to compete on price and quality. So they, in turn, negotiate discounts with the drug companies.

According to the Medicare trustees’ report, these private plans negotiate “substantial rebates” that are often in the range of 20%-30%. And the Congressional Budget Office has found that the deals struck between private insurer and drug companies “approach the lowest prices obtained in the private sector.” The CBO concluded that letting the government negotiate prices would provide negligible savings.

What’s more, Part D’s reliance on market competition has kept both taxpayer costs and premiums well below projections, and the expanded access to drugs has saved Medicare money by keeping seniors healthier. Trump’s plan would destroy this highly successful program.

Phony numbers aside, what’s most troubling is that Trump’s proposal is word for word out the Democrats’ playbook.

Bernie Sanders, like Trump, says he wants to “require Medicare to use its bargaining power to negotiate with the prescription drug companies for better prices — a practice that is currently banned by law.”

What Sanders means, however, is price controls on drugs, since he knows that the government doesn’t negotiate prices, it dictates them.

We are hard pressed to think of a previous GOP presidential candidate — much less the front-runner in what is supposed to be a conservative party — who has openly advocated price controls on a major industry.  We live in interesting times.