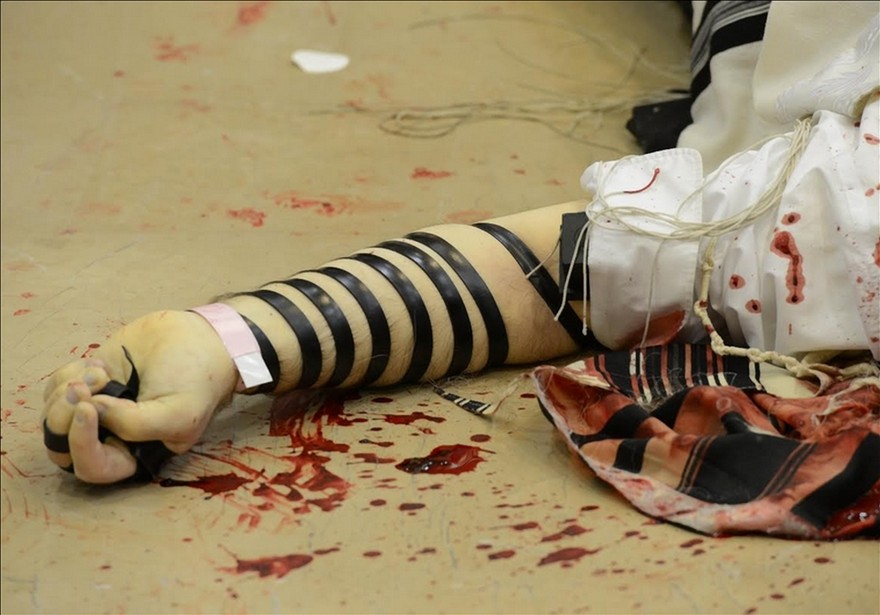 If you support, reward, and honor terrorists, you are a terrorist.

On Sunday, the Geneva-based International Institute for Human Rights and Peace and the Caen Memorial for Peace presented a “human rights” award to [Israeli Muslim] Arab lawyer Mohammed Allyan.

Allyan was honored for his legal representation three years ago of the wife of one of the terrorists involved in the synagogue massacre in Jerusalem.

In that attack, terrorist Ghassan Abu Jamal and his accomplice shot, stabbed and beheaded four Jewish rabbis at worship before also gunning down one of the resounding police officers.

When questioned by police, Jamal’s wife, Nadia, expressed support for the massacre and revealed that she had prior knowledge of her husband’s bloody plans. She was subsequently stripped of Israeli residency and lost the health care that Israeli taxpayers had previously covered for her and her family.

Nadia insisted her human rights had been violated, and Allyan jumped to her defense.

That in itself makes Allyan more villain than hero. But that’s not where the story ends.

Allyan is also the father of Bahaa Allyan, one of two terrorists responsible for the October 2015 attack on a Jerusalem commuter bus, during which three Israelis were mercilessly murdered.

Beyond the fact that Allyan raised a son capable of committing such atrocities, a year later, in 2016, he was arrested for publicly praising his son’s heinous actions during lectures at local elementary schools.

Allyan actively trying to encourage future generations of “Palestinian” Arabs to follow in his son’s footsteps by murdering Israeli Jews.

And the Europeans reward him as a champion of peace and human rights.