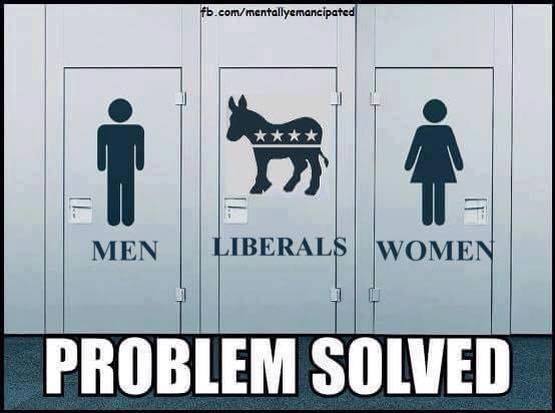 This is good news:

A federal judge in Texas is blocking for now the Obama administration’s directive to U.S. public schools that transgender students must be allowed to use the bathrooms and locker rooms consistent with their chosen gender identity.

Hundreds of school districts Monday woke up to news of the order by U.S. District Judge Reed O’Connor on the first day of class in Texas and elsewhere.

The decision dated Sunday comes after Texas and 12 other states challenged the Obama directive as unconstitutional during a hearing in Fort Worth last week. It applies to schools nationwide, as many districts reopen this week after the summer vacation.

It really ought to not matter how you feel about the issue of transgenders in bathrooms, specifically. It ought to be galling to pretty much everyone that the President feels like he can dictate such an issue of sensitive policy to every single school district in the country via executive order. Liberals who cheered Obama’s decision might want to consider what the precedent set by Obama would look like when used by, say, President Rick Santorum or some equivalent.

Process matters. And the more you care about how things are done in your son or daughter’s school district, the more you ought to be in favor of the idea that your local school boardshould decide these issues, given that they are much more democratically responsive than is the President of the United States.

I realize that this is a concept that is foreign to liberals who only view things in terms of results but this really is something that all Americans should applaud. The President, as an executive officer of the Federal Government, should not be in the business of unilaterally setting policy for every school district in the country, no matter what the policy is.