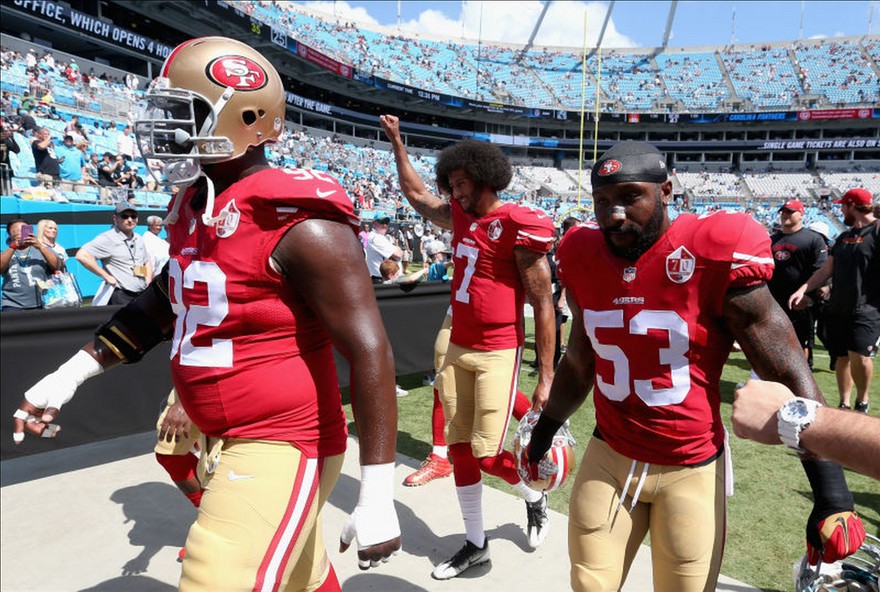 You have the power to vote with your money and your actions.

NFL Commissioner Roger Goodell attacked President Trump for showing a “lack of respect for the NFL” — regarding the president’s recent comments criticizing players for not standing during the national anthem — because it violated the “constitutional rights of our players,” referring to the First Amendment.

This comes from the same commissioner who threatened NFL players who wanted to honor both 9/11 victims and five police officers who were murdered in Dallas.

The Dallas Cowboys wanted to pay tribute to the five Dallas officers who were murdered at a Black Lives Matter protest on July 7, 2016. The Cowboys had been wearing a special decal on their helmets that said “Arm in Arm” that specifically honored the police officers — that is, until the NFL stepped in and stopped it.

“The NFL had an opportunity to be leaders and advocates for change in law enforcement,” Sgt. Demetrick Pennie, president of The Dallas Fallen Officer Foundation, told TMZ at the time. “These are our friends and our loved ones … it hurts to not have the NFL fully support us.”

Nationally syndicated conservative talk-radio host, Mark Levin, fumed over the decision by the NFL, calling it “embarrassing” and “disgraceful”:

Let me tell you why the NFL won’t do this. Anyone have a guess? I have a big guess: Because they don’t want any trouble from the leftists, from the Black Lives Matter crowd. I know exactly what’s going on here. Like Hillary Clinton doesn’t seek the endorsement from the cops union. Of course not. The Democrat Party’s gone. And the NFL top brass, like the NBA top brass, like baseball top brass, all liberal Democrats. [Every] damn one of them, pretty much.

Even more disgusting was the NFL’s response last September to players who wanted to honor the thousands of Americans who were murdered by Islamic terrorists on 9/11.

“Avery Williamson, a starting linebacker for the Tennessee team, hoped to wear a pair of specially-designed cleats at his team’s home opener Sunday against the Minnesota Vikings on the 15th anniversary of the 9/11 attacks, but he backed off when a league rep vowed to fine him for violating the league’s uniform code,” the New York Post reported.

Paul Nunziato, head of the Port Authority Police Benevolent Association, was outraged over the NFL’s threat towards Williamson.

“I’m making a goal line stand on this. Enough is enough! The NFL is out of bounds on this,” Nunziato said. “Kaepernick can wear ‘pig socks’ and not even garner a response from the NFL, but this guy wants to honor those who tragically died on 9-11 and he’s threatened.”

Six NFL players ended up wearing 9/11 tribute cleats on the 15th anniversary of the terrorist attack, including Williamson — the NFL decided not to fine them after public outrage reached peak levels.