Flashback: Obama was ‘quite religious in Islam’ 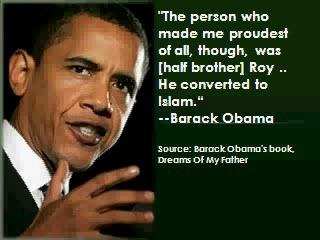 President Obama’s faith is taking center stage again after ABC’s “This Week” host George Stephanopoulos grilled Donald Trump over the presidential candidate’s lack of response to a question he received during a campaign event last week where a man claimed Obama was a Muslim.

“I take that point,” stated Stephanopoulos, when Trump explained he is facing controversy for simply not responding to the issue of Obama’s religion. “But you raised these questions so often in the past, why can’t you say definitively yes or not? You raised it many times. And he’s not a Muslim.”

During a campaign rally in Rochester, New Hampshire on Friday, an audience member spoke to Trump saying “we have a Muslim problem in this country,” and that Obama is both a Muslim and not an American. Trump did not address those claims in his response.

In response to the controversy, the popular Drudge Report linked to a “flashback” 2008 interview with Stephanopoulos in which then-candidate Obama stated, “My Muslim faith.”

Obama was talking about what he described as “smears” that were claiming he was a Muslim when he maintains he is a practicing Christian.

“My Christian faith,” Obama quickly said. “Well, what I’m saying is that he (McCain) hasn’t suggested that I’m a Muslim. And I think that his campaign’s upper echelons have not, either. What I think is fair to say is that, coming out of the Republican camp, there have been efforts to suggest that perhaps I’m not who I say I am when it comes to my faith – something which I find deeply offensive, and that has been going on for a pretty long time.”

Obama was ‘quite religious in Islam’ 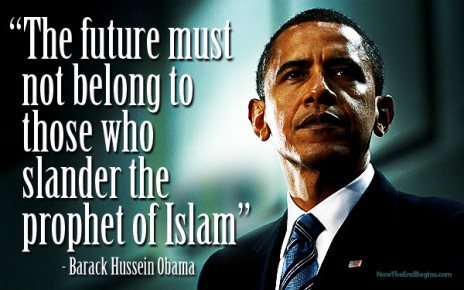 Obama has long denied he was ever a Muslim. In 2008, his presidential campaign website stated: “Senator Obama has never been a Muslim, was not raised as a Muslim, and is a committed Christian.”

But as WND reported, public records in Indonesia listed Obama as a Muslim during his early years, and a number of childhood friends claimed to the media Obama was once a mosque-attending Muslim.

Widely distributed reports have noted that in January 1968, Obama was registered as a Muslim at Jakarta’s Roman Catholic Franciscus Assisi Primary School under the name Barry Soetoro. He was listed as an Indonesian citizen whose stepfather, listed on school documents as “L Soetoro Ma,” worked for the topography department of the Indonesian Army.

Catholic schools in Indonesia routinely accept non-Catholic students but exempt them from studying religion. Obama’s school documents, though, listed him as being Indonesian.

The Loatze blog, run by an American expatriate in Southeast Asia who visited the Besuki school, noted: “All Indonesian students are required to study religion at school, and a young ‘Barry Soetoro,’ being a Muslim, would have been required to study Islam daily in school. He would have been taught to read and write Arabic, to recite his prayers properly, to read and recite from the Quran and to study the laws of Islam.”

Indeed, in Obama’s autobiography, “Dreams From My Father,” he acknowledged studying the Quran and describes the public school as “a Muslim school.”

“In the Muslim school, the teacher wrote to tell mother I made faces during Quranic studies,” wrote Obama.

In 2008, the Indonesian media provided accounts of Obama’s childhood Islamic studies, some describing him as a religious Muslim.

Speaking to the country’s Kaltim Post, Tine Hahiyary, who was principal of Obama’s school while he was enrolled there, said she recalls he studied the Quran in Arabic.

“At that time, I was not Barry’s teacher, but he is still in my memory” claimed Tine, who is 80 years old.

“I remember that he studied ‘mengaji (recitation of the Quran),” Tine said, according to an English translation by Loatze.

Mengaji, or the act of reading the Quran with its correct Arabic punctuation, is usually taught to more religious pupils and is not known as a secular study.

“We previously often asked him to the prayer room close to the house. If he was wearing a sarong (waist fabric worn for religious or casual occasions) he looked funny,” Amir said.

The Los Angeles Times, which sent a reporter to Jakarta, quoted Zulfin Adi, who identified himself as among Obama’s closest childhood friends, stating the presidential candidate prayed in a mosque, something Obama’s campaign claimed he never did.

“We prayed, but not really seriously, just following actions done by older people in the mosque. But as kids, we loved to meet our friends and went to the mosque together and played,” said Adi. 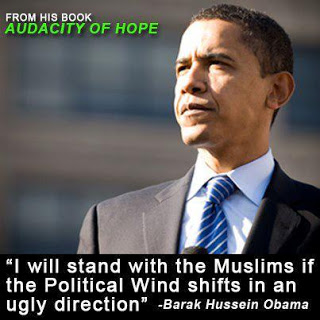 But the campaign changed its tune when it issued a “practicing Muslim” clarification to the Los Angeles Times.

An article in March by the Chicago Tribune apparently disputed Adi’s statements to the L.A. paper. The Tribune caught up with Obama’s declared childhood friend, who now describes himself as only knowing Obama for a few months in 1970 when his family moved to the neighborhood. Adi said he was unsure about his recollections of Obama.

But the Tribune found Obama did attend a mosque.

“Interviews with dozens of former classmates, teachers, neighbors and friends show that Obama was not a regular practicing Muslim when he was in Indonesia,” stated the Tribune article.

It quotes the presidential candidate’s former neighbors and third-grade teacher recalling Obama “occasionally followed his stepfather to the mosque for Friday prayers.”

In a free-ranging interview with the New York Times, Obama described the Muslim call to prayer as “one of the prettiest sounds on Earth at sunset.”

The Times’ Nicholos Kristof wrote Obama recited, “with a first-class [Arabic] accent,” the opening lines of the Muslim call to prayer.

The first few lines of the call to prayer state: