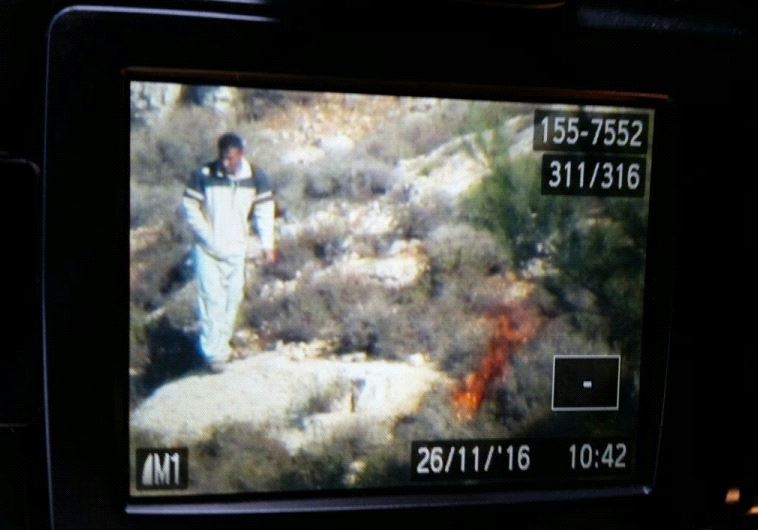 The IDF and police captured [an Arab terrorist] that was sighted by a Nature and Parks Authority worker starting a fire in the north-western Etzion region.

The [terrorist] was handed over to the Shin Bet (Israel Security Agency) for investigation.

The IDF spokesperson’s unit stated that during the night an IDF force near Dir Kaddis in the Ephraim region captured three suspects in a vehicle that had two full bottles of fuel, one empty bottle of fuel, a sack with fabric, gloves and lighters.

The IDF spokesperson’s unit delivered a messaged stating that “the IDF is continuing specific activity to locate arsonists.”

Over the last few days, special efforts were made by the Judea and Samaria forces in coordination with the Shin Bet to locate and arrest [the Arab Nazi] arsonists.

Since the start of the flames on Tuesday, 13 people have been arrested with connections to arson according to the police.