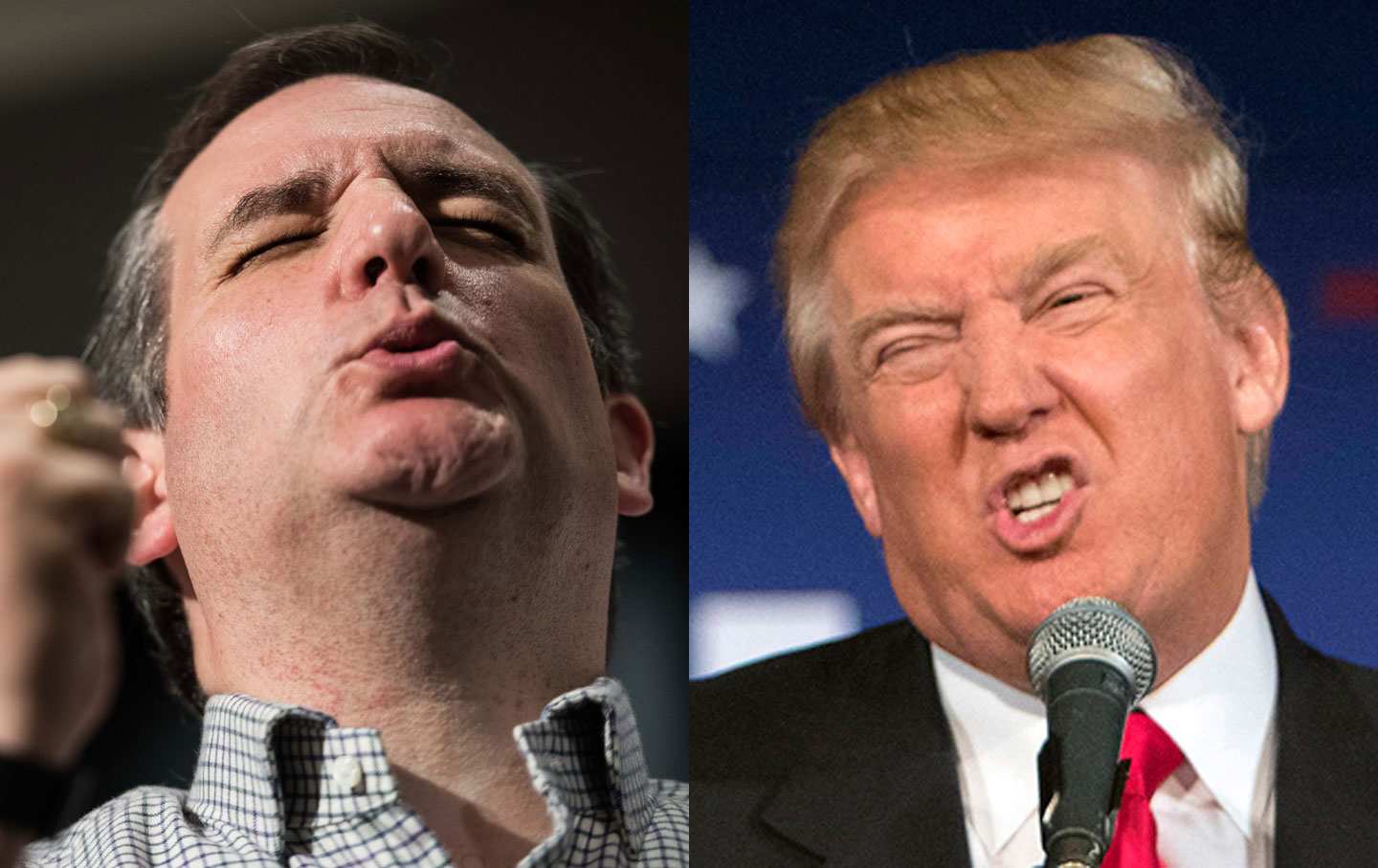 The Republican field has narrowed and so has the race for the party’s nomination: front-runner Donald Trump and Ted Cruz are within the margin of error in a new Fox News national poll on the 2016 election.

Trump remains in the top spot with 41 percent support among GOP primary voters, while Cruz has 38 percent.  John Kasich gets 17 percent.

Since mid-February, support for both Cruz and Kasich has doubled, and support for Trump is up five points.  Of course in the meantime, Jeb Bush, Ben Carson, and Marco Rubio dropped out of the race.

The poll finds that by a 48-35 percent margin, Cruz bests Trump among “very” conservative voters.

White evangelical Christians give the edge to Trump:  43 percent vs. Cruz’s 39 percent. 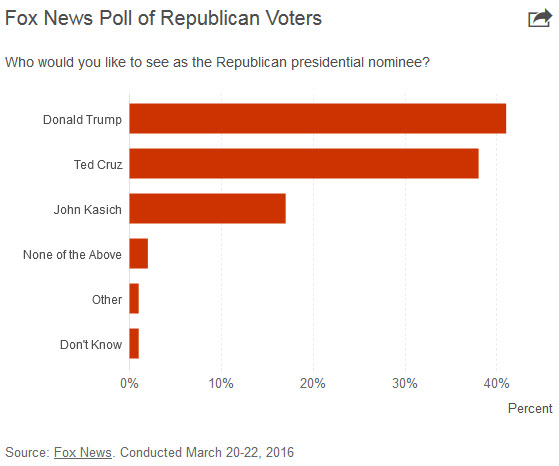 By a 59-35 percent margin, Republican primary voters prefer the nomination go to the candidate with the most votes (delegates) rather than allowing the party some flexibility if there is no majority winner. Even Cruz supporters are slightly more likely to agree with this (47-44 percent).

On the Democratic side, Hillary Clinton receives 55 percent support for the nomination among Democratic primary voters, while Bernie Sanders gets 42 percent.  That’s a change from last month when Sanders held a three-point edge nationally after his dominant New Hampshire primary win. 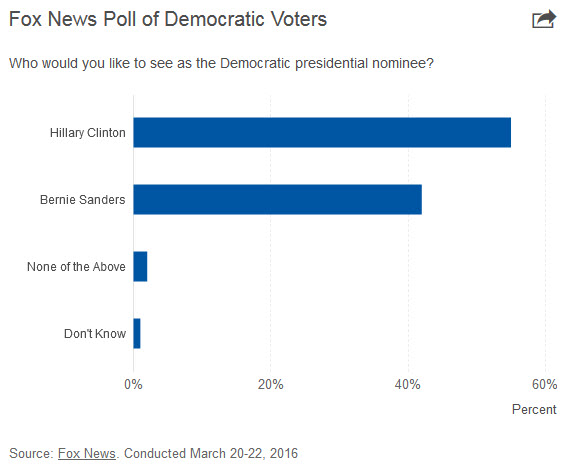 Interviews for the poll were conducted Sunday through Tuesday evenings.  Election contests were held Tuesday in Arizona, Idaho, and Utah.  In addition, the Islamic extremist group ISIS claimed responsibility for deadly attacks Tuesday in Brussels.

The poll shows a 54-percent majority favors temporarily banning non-U.S. Muslims from entering the United States.  That includes 69 percent of Republicans, 55 percent of independents, and 39 percent of Democrats.

Voters are most likely to blame anti-Trump protesters for violence at the candidate’s rallies.

Overall, 70 percent feel the protesters are very (41 percent) or somewhat (29 percent) responsible for the violence.  Sixty-three percent of voters think Trump supporters are at least somewhat responsible, while 61 percent say the candidate himself is.

Less than half of GOP primary voters blame Trump personally (45 percent) or his supporters (48 percent).  Fully 78 percent blame the protesters.

The Fox News poll is based on landline and cellphone interviews with 1,016 randomly chosen registered voters nationwide and was conducted under the joint direction of Anderson Robbins Research (D) and Shaw & Company Research (R) from March 20-22, 2016. The poll has a margin of sampling error of plus or minus three percentage points for all registered voters and five points for both the Democratic (410) and Republican (388) primary voter samples.