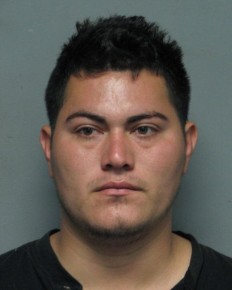 A man living in Kenner has been charged with three counts of aggravated rape against a 10-year-old girl after the victim was seen in a video claiming they “made love,” police said.

The mother of the girl found the cell phone video on Thursday, April 16, 2015. It was recorded by her daughter. On it, the victim alleged that she and her mother’s boyfriend had “made love” three times.

After confronting her daughter, police said the 10-year-old victim told her mother it happened in their bedroom.

25-year-old Hermes Rivera admitted to police that he had sex with the victim three times between March and April 3, 2015.

Rivera remains in custody. At the writing of this report, no  bond had been set.