According to a top Iranian advisor, Tehran has “tens of thousands” of missiles pointed at Israel, and will not hesitate to use them. 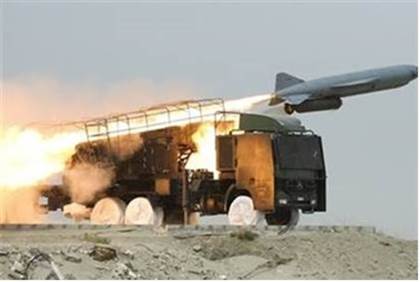 Iran issued yet another threat against Israel on Thursday, Channel 2 reported. According to a top Iranian advisor, Tehran has “tens of thousands” of missiles pointed at Israel, and will not hesitate to use them.

Speaking Thursday, Yahya Rahim Zafabi, a top advisor to Iran’s Supreme Leader Ali Khamenei, said the tens of thousands of missiles will “sow the seeds of destruction in Israel” if they are to be fired.

“The Zionists and the Americans know what the powers of Iran and Hezbollah are,” he added. “They know that over 800,000 missiles are pointed at Tel Aviv and Haifa,” with the figure apparently including the many short-range missiles Hezbollah is believed to have.

Zafabi was apparently responding to remarks made Wednesday by Defense Minister Moshe Ya’alon, who said Israel “will not allow for the opening of another war front against Israel. We will act strongly against those who act against us or plans to act against us. We will reach their bases, damage them, and destroy their weapons.”

“Iran is directly involved in all conflicts in the Middle East,” Ya’alon emphasized. “Iran’s bloody regime spreads terror and destruction throughout the entire area, and it expresses loudly its desire to destroy Israel.”

“Unfortunately, the West is ready to make a deal with Iran on its nuclear program, which will shield Tehran from criticism.”