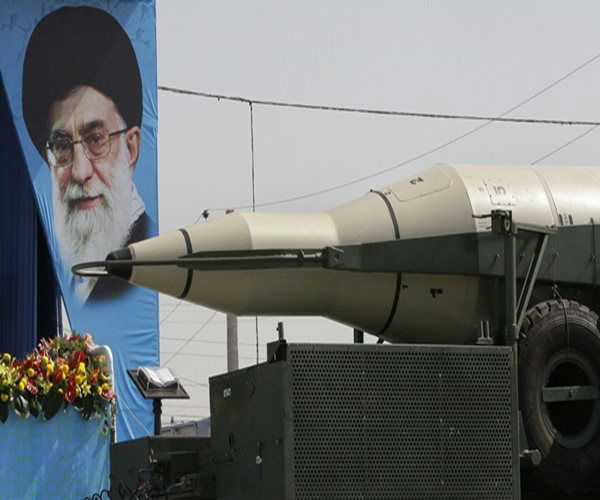 Multiple senior Iranian officials have vowed in recent weeks to violate the recently inked nuclear accord that aims to constrain the Islamic Republic’s contested nuclear enrichment program, according to multiple comments by top Iranian leaders.

Iranian leaders, including President Hassan Rouhani and Foreign Minister Javad Zarif, have said that the country has “no intention” of abiding by a United Nations Security Council Resolution that encompasses the deal and other restrictions on Tehran’s rogue activities, according to these comments.

These officials said that Iran views the recent Iranian nuclear deal secured in Vienna as separate from the resolution endorsing the deal and further prohibiting Iran from developing advanced ballistic missiles and purchasing other types of arms, according to the Middle East Media Research Institute, or MEMRI, which issued a report compiling recent statements by Iran.

The agreement, which was made earlier this year, is a non-binding set of resolutions focused on Iran’s nuclear program. The deal was transferred to the United Nations and officially endorsed as UNSRC 2231.

The accord itself “is not a contract between Iran and the P5+1 countries as a group or any single one of them, and hence no document was signed,” MEMRI noted.

Senior Iranian leaders have expressed opposition to the formal resolution adopted by the U.N. and say the country will not abide by any further restrictions on its ballistic missile development.

“President Hassan Rouhani, Foreign Minister Zarif, and Deputy Foreign Minister and senior negotiator Abbas Araghchi emphasized that Iran has no intention of abiding by UNSRC 2231, which includes the JCPOA [Joint Comprehensive Plan of Action] and another element; rather, that they will abide only by the original JCPOA,” which is a nonbinding international agreement, according to MEMRI.

When asked in a recent interview whether Iran can violate that agreement, Araqchi responded, “Yes we can; just as we refrained from complying with UN Security Council resolutions, we can do so with regards to 2231.”

He also said this would not technically violate the non-binding and unsigned nuclear agreement reached earlier this year in Vienna.

“The Iranian Foreign Ministry statement explicitly noted that Iran does not attach legitimacy to any restriction and any threat,” Araqchi said. “If UNSCR 2231 will be violated by Iran, it will be a violation of the Security Council resolution and not of the JCPOA, similar to what happened 10 years ago when we violated Security Council resolutions and nothing happened.”

“The text of the JCPOA notes the fact that the content of the JCPOA and of the U.N. Security Council resolution are two separate things,” he claimed.

“There is nothing about the topic of missiles, defense, and weapons in the JCPOA,” Rouhani said late last month. “Whatever we have about it is in Resolution [UNSCR] 2231.”

Zarif has also claimed that Iran can violate U.N. measures without repercussions.

It is unclear whether the Obama administration shares this interpretation of the agreement and subsequent U.N. resolution.

Araqchi has maintained that while the United States sought to include the missile restrictions in the document solidified in Vienna, it failed due to Iranian opposition.

“The Americans sought their inclusion in the JCPOA, claiming that otherwise they could not face criticism from Arab countries in the region,” he said. “When they said that they could not lift the sanctions altogether, we told them explicitly that in that case there is no agreement.”

“We told them that the national security issues are non-negotiable and that we will not accept an agreement which continues the embargo on weapons and the sanctions on missile development,” he added. “In the end, the Americans said, ‘We will put the issue of the embargo and the missiles in the U.N. Security Council Resolution separate from the agreement.’”