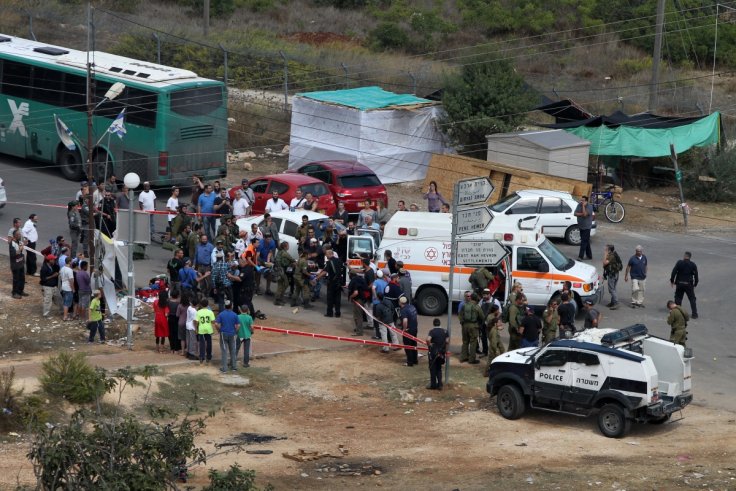 The Arab Muslim terrorist who attempted to murder the teen was shot and killed.

[An Arab Muslim terrrorist in Israel] stabbed a a 19-year old Israeli [Jew] in the neck on Monday morning near the Beit Einun junction by the West Bank settlement of Kiryat Arba.

The young man was seriously injured in the upper part of his body. Magen David Adom evacuated him to the Shaare Zedek Medical Center in Jerusalem.

On Sunday, [Arab Muslim terrorists] injured two [Jewish] Israelis in two separate attacks, one in the Gush Etzion Region of the West Bank and the other near the city of Ariel in the Samaria Region.

Border police killed [an Arab Muslim terrorist] in Hebron who came at them with knife near the entrance to the Ibrahimi Mosque, which is located in the Cave of the Patriarchs Compound.