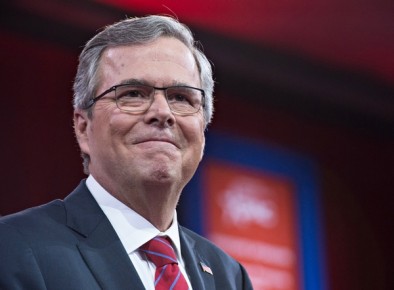 Former Florida Gov. Jeb Bush says he wouldn’t do anything differently in the way he handled the situation surrounding the life and death of Terri Schiavo, but he wishes she had signed an end-of-life directive.

“I don’t think I would have changed anything,” Bush said Friday in response to a question during a “politics and eggs” breakfast in New Hampshire, The Washington Post is reporting.

Bush described the situation as “one of the most difficult things I had to go through.”

“It broke my heart [yeah, right] that we weren’t successful of sustaining this person’s life so she could be loved by her mom and dad. But the courts decided otherwise, and I was respectful of that,” he added.

Schiavo died in April 2005 after living for 15 years in a persistent vegetative state. Her husband, Michael, wanted to have the feeding tube that was keeping her alive removed, while her parents wanted to keep her alive and were willing to take over the responsibility for her care.

In response, Bush, who was governor of Florida at the time, worked to pass laws, along with the legislature and Congress, to allow her to remain alive. But after a lengthy legal battle in both state and federal courts, it was decided that the feeding tube should be removed.

The only thing Bush says he wished had been done was for Schiavo to have put in writing what she wanted done in an end-of-life situation.

“The family could have sorted this out rather than hearsay be the driver of this,” he said. “That would have been better.

“I think if we’re going to mandate anything from government, it might be that if you’re going to take Medicare that you also sign up for an advanced directive where you talk about this before you’re so disabled that then there’s fights amongst the family,” he explained.

In a letter to the Miami Herald in February, Michael Schiavo wrote that Bush shouldn’t be trusted “with the power of the presidency,” saying the former governor “used my wife for his own personal gain” and “abused the power of government to impose his personal religious beliefs on me and my family.”