Jihadi John Unmasked: ‘I Will Go Back to Britain… And Will Carry on Cutting Heads Off’

A new video of Islamic State terrorist Jihadi John, otherwise known as Mohammed Emwazi, has emerged, this time carrying a chilling message of his return to Britain with the intent to “carry on cutting heads off”. 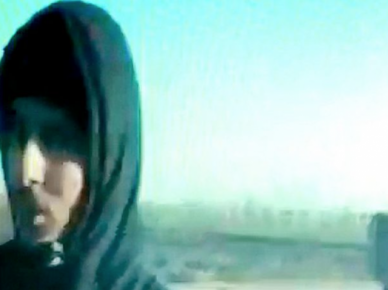 The video, which has been sourced by the Mail on Sunday, shows the University of Westminster graduate without his mask for the first time since he joined ISIS. Emwazi went to ground after his identity was revealed earlier this year, prompting concerns that he was trying to find his way back into the United Kingdom.

The Mail reports that the video was filmed on a mobile phone about two months ago, not long after Emwazi was identified.

He can be heard saying, in a British accent: “I will carry on cutting heads.”

A Free Syrian Army member told the Mail: ‘He looks at the camera and says, “I am Mohammed Emwazi. I will soon go back to Britain with the Khalifa” [the leader of Islamic State].’

“He said something more about cutting heads off, “We will kill the kuffar.” Then the camera shows two masked men that looked like bodyguards.”

Emwazi is reported to have a $6 million bounty on his head, offered by the U.S. government. For this reason he is believed to travel with bodyguards.

The Mail claims it used “one of the UK’s leading experts on facial mapping, a former policeman who regularly acts as an expert witness in court cases” to verify the image of Emwazi.

He told them on condition of anonymity: “I have noted a number of apparent similarities in both the morphological and the proportional comparisons and in my opinion the images lend support to the contention that they are the same person.”

This would be sufficient for “an arrest being made in most cases and may get a conviction in court”.