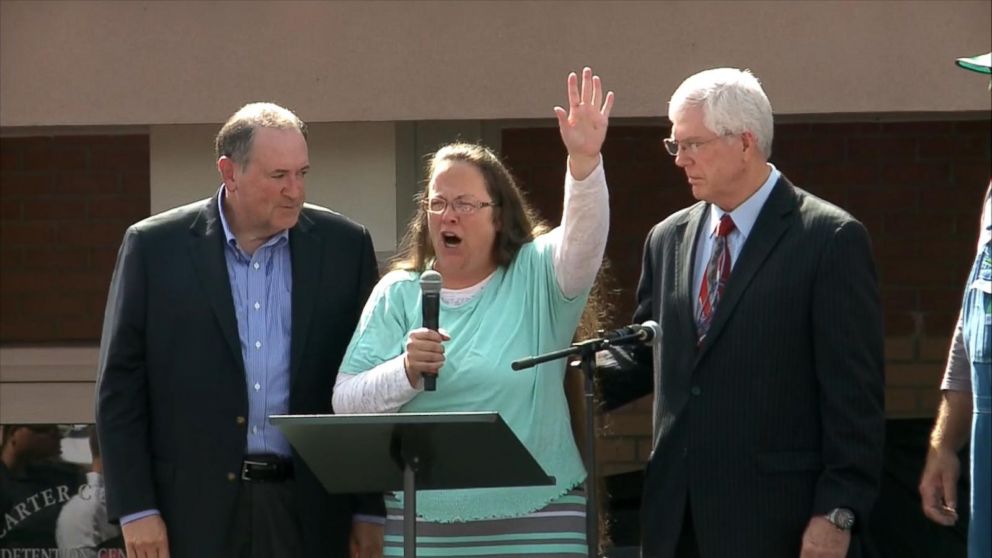 After five days in jail, Kentucky County Clerk Kim Davis is being freed.

Judge David Bunning jailed Davis last Thursday after she repeatedly refused to grant any marriage licenses from her office as long as they had to include same-sex couples. Davis cited her religious beliefs in refusing to issue the licenses, even though the Supreme Court imposed same-sex marriage on the country last June 26.

In his order issued today Bunning said, “Defendant Davis shall not interfere in any way, directly or indirectly, with the efforts of her deputy clerks to issue marriage licenses to all legally eligible couples. If Defendant Davis should interfere in any way with their issuance, that will be considered a violation of this Order and appropriate sanctions will be considered.”

Bunning says he is satisfied that Davis’s staff has so far adhered to his order to issue marriage licenses to all qualified applicants. He has ordered that Davis’s office report to him every 14 days to demonstrate that the office is continuing to follow the order to grant licenses to same-sex couples.

He notes that the reports so far have shown the Office of County Clerk of Rowan County no longer puts Davis’s name on marriage liceneses but instead uses “Rowan County” where her name is supposed to go.

Davis’s attorney Matthew Staver of Liberty Cousel issued the following statement: “We are pleased that Kim Davis has been ordered released. She can never recover the past six days of her life spent in an isolated jail cell, where she was incarcerated like a common criminal because of her conscience and religious convictions. She is now free to return to her family, her coworkers and the office where she has faithfully served for the past 27 years. We will continue to assist Kim and pursue the multiple appeals she has filed.”

There is no word on whether Davis intends to interfere with the issuance of marriage licenses in her office in defiance of the court order.