Seriously? The left just makes up the most insane garbage and calls it “science” or “history” when it’s obviously neither. 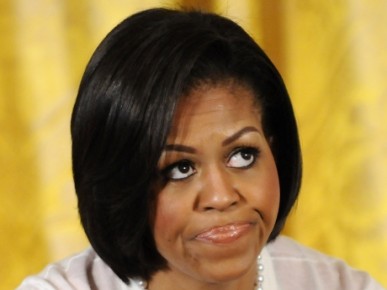 Speaking to a gathering of American tribal youth at the White House today, First Lady Michelle Obama praised their heritage, pointing out the cultural significance of Native Americans to the institutions of the United States.

“Long before the United States was even an idea, your ancestors were harvesting the crops that would feed the world for centuries to come,” she said, pointing out their contributions to music, art, medicine, and even government.

“Today on issues like conservation and climate change we are finally beginning to embrace the wisdom of your ancestors,” she said. “So make no mistake about it, your customs, your values, your discoveries, are at the heart of the American story.”

The First Lady also highlighted the historical atrocities committed by the United States against Native Americans.

“As we all know America hasn’t always treated your people and your heritage with dignity and respect, tragically it’s been just the opposite,” she said, pointing out that in the past their traditions were “systematically targeted for destruction” with relocation and re-education as well as laws that “literally made your cultures illegal.”

“You are all still seeing the consequences of those actions every day in your nations,” she said, pointing to broken families stuck in poverty on reservations.

Her comments were welcomed with cheers and applause from more than 1,000 Native American youth representing 230 different tribes at the White House.

Speaking about the “Gen-I” movement, she encouraged them to embrace their heritage and work hard to complete their educations to change the world.

“You definitely have a First Lady and a President who have your back,” she said.