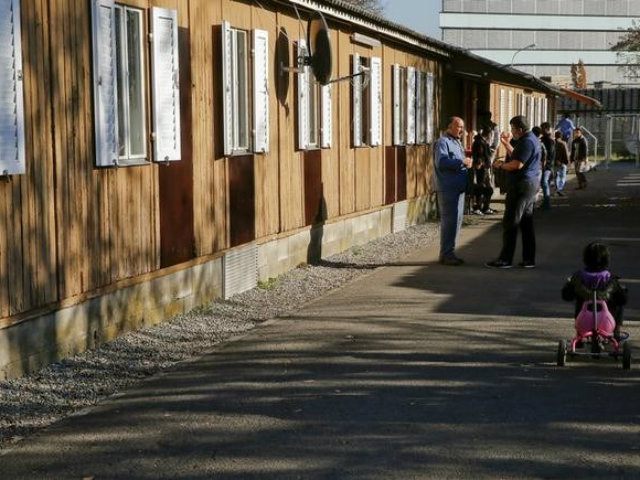 Asylum seekers have left an asylum home and have smeared blood, vomit and faeces all over the walls according to police.

In preparation for the visit of U.S. President Barack Obama, riot police in the German town of Hameln needed somewhere for the officers to stay overnight. The police were offered a barracks that previously held migrants but were shocked to discover that the past residents had smeared faeces, vomit and blood all over the walls of the former asylum home reports Junge Freiheit.

North Rhine-Westphalia police refused the accommodation due to the unsanitary conditions the barracks had been left in. The Facebook page of the German police union posted pictures of the former migrant home saying, “semen, blood and faeces on the walls and in the beds. Inside cockroaches were eating.”

The union went on to say that the officers would not sleep in the conditions and preferred to spend the night in their vehicles instead.

One policeman said that the only reason they felt they were able to seek alternate accommodations was by showing media what the asylums seekers had left for them. They called the conditions “catastrophic.”

Upon hearing of the condition of the barracks the North Rhine-Westphalia Interior Minister Ralf Jaegar called is a “scandalous hygienic situation,” and made sure to seek different locations for another three squadrons of police to sleep.

Reaction on the Facebook page was shock from most users. One commenter clearly against mass migration said, “meanwhile bogus refugees inhabit luxury hotels.” Another user had a different point of view saying, “it’s really shocking how asylum seekers are housed in Germany. Thank you for making these inhumane conditions known and supported the asylum,” to which a different person replied that the former occupants, “are responsible for that, you morons.”

The difficulty of bringing migrants up to speed with Western hygienic norms has been shown time and time again over the migrant crisis. The border town of Nickelsdorf in particular was said to have been struggling with garbage and sewage left by migrants.

Trains had to be disinfected entirely because many migrants did not know how to operate a western style toilet and opted to defecate on the floor or in a urinal.

The problem with migrants and sanitation became so bad that one company created what they called a “multicultural” toilet designed to prevent migrants from defecating on floors and roads. The mobile toilet is designed to allow people from the Middle East and North Africa to squat easier, rather than try and squat on the seat of a toilet, which often breaks.

An article about the new toilet remarked, “and so, as the refugees have brought about many changes in German society solely by their presence… so is it now with the toilet in the future with this pressing issue,” and, “with some justification, one could say: Here we can even learn something from the refugees.”