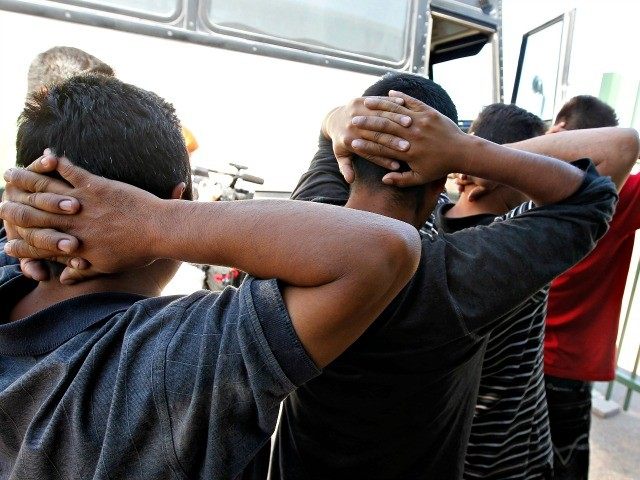 There are 28,683 Mexican citizens being housed in U.S. federal prisons as of the most recent statistics, PJM has learned.

The figure represents the total number of inmates with Mexican citizenship in the custody of the U.S. Federal Bureau of Prisons as of July 30, 2016, out of the total 193,391 inmates. Mexican inmates are currently the second largest group of inmates based on citizenship of the total federal prison population at 14.8 percent, behind U.S. citizens at 77.8 percent.

In May, the number of Mexican citizens housed in federal prisons was higher at 29,371 out of 194,991 total inmates.

The bureau could not provide the specific number of inmates in their custody who are illegal immigrants.

Spokesman Justin Long told PJM that the U.S. Federal Bureau of Prisons does not have the authority to hold illegal immigrant prisoners after they have completed their sentence for a separate federal offense. Therefore, they are released into U.S. communities if Immigration and Customers Enforcement (ICE) does not take them into custody.

According to the spokesman, the existing “Treaty Transfer Program” only allows for inmates with immigration law violations in the U.S. to transfer to Mexico in certain circumstances. Inmates are required to request the transfer.

“Mexican inmates who are serving a sentence exclusively for Immigration Law Violations are not eligible for treaty transfer consideration, unless the sentence is absorbed by another current sentence and the time served to date is equal to or greater than the sentence imposed for the immigration offense,” he said.

PJM asked the spokesman if the Federal Bureau of Prisons ever releases Mexican citizens who have committed crimes back into U.S. communities if Mexico does not accept them back.

“If ICE and other jurisdictions do not take an inmate into their custody by executing a detainer, then the Bureau does not have any legal authority to hold the inmate,” he added.

Long told PJM the Bureau of Prisons “does not track the total number of Mexican citizens in our custody who have committed illegal entry or illegal reentry offenses.”

He also said the bureau does not accept any transfers of inmates from Mexico unless they are U.S. citizens.

According to Mexico’s National Human Rights Commission, most of Mexico’s prisons are overcrowded.

“A report by the governmental commission said that of 130 state prisons inspected, 95 lack adequate guards and staff and 104 fail to adequately separate convicted inmates from people facing trial,” the AP reported in April. “The most shocking part of the report was the overcrowding found at 71 of the 130 penitentiaries.”

TIME magazine posted a video in 2009 from inside an overcrowded Mexican prison, describing the situation as an “exploding problem.”

Republican presidential nominee Donald Trump said during his campaign announcement speech that Mexico is sending some of its prisoners to the U.S. over the southwest border. The Federal Bureau of Prisons could not confirm or deny Trump’s claim because it does not track those statistics.

In December 2015, PJM asked Miguel Basáñez Ebergenyi, Mexican ambassador to the U.S. at the time, if Mexico has sent prisoners to the U.S. due to the overcrowding.

“No, no that is not the case,” he said. “That is part of the rhetoric in the political process.”

“The prison population in Mexico is very low. The largest proportion of jailed people in the world is in the U.S., OK? The overcrowding of prisoners over there is because there are not enough resources,” he said.