MSNBC Melissa Harris-Perry: I Hope Trayvon ‘Whooped the (bleep) Out of George Zimmerman’ 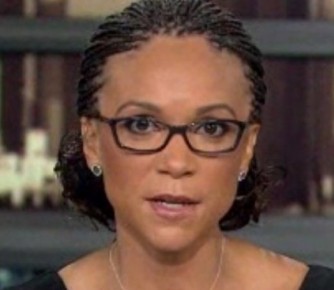 During a speech at Cornell University earlier this week, MSNBC host Melissa Harris-Perry said she hopes Trayvon Martin “whooped the s**t out of’ George Zimmerman during the fatal confrontation that led to Martin’s death in 2012.

For the university’s annual Martin Luther King, Jr. Commemorative Lecture, Harris-Perry delivered remarks entitled “We Can’t Breathe: The Continuing Consequences of Inequality.” The campus conservative newspaper, The Cornell Review, published video from the event showing the MSNBC host saying the following about the night Martin was fatally shot by Zimmerman:

I hope [Martin] tried to stay alive. I hope he knew that he lived in a state with a “Stand Your Ground’ law. And I hope he whooped the s**t out of George Zimmerman. And it’s not disreputable because he encountered a stranger who was prepared to kill him, and you know how I know? Because he killed him.