Rock-throwing is nothing less than attempted murder. 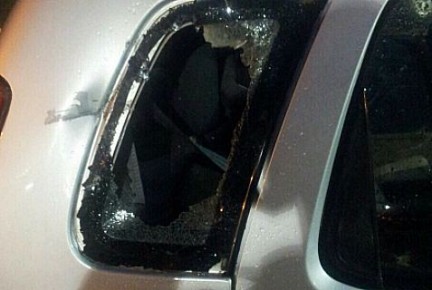 Soldiers are looking for the culprits.

The attack occurred at the junction of Highway 60 with Jewish communities in Gush Etzion, which has become a popular target for Palestinian Authority Arabs trying to murder Jews.

In the last two months, they have killed one woman and wounded several people with different means of trying to kill them – knives, guns, rocks, firebombs, and hit-and-run driving.