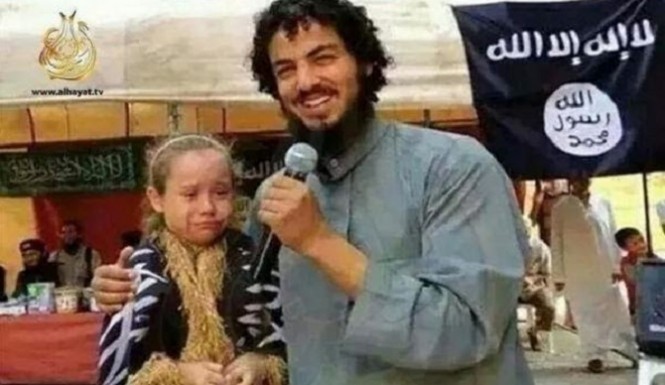 This shouldn’t surprise anyone, and many more will be found as well. This is because few things are more abundantly attested in Islamic law than the permissibility of child marriage. Islamic tradition records that Muhammad’s favorite wife, Aisha, was six when Muhammad wedded her and nine when he consummated the marriage:

Another tradition has Aisha herself recount the scene:

The Prophet engaged me when I was a girl of six (years). We went to Medina and stayed at the home of Bani-al-Harith bin Khazraj. Then I got ill and my hair fell down. Later on my hair grew (again) and my mother, Um Ruman, came to me while I was playing in a swing with some of my girl friends. She called me, and I went to her, not knowing what she wanted to do to me. She caught me by the hand and made me stand at the door of the house. I was breathless then, and when my breathing became all right, she took some water and rubbed my face and head with it. Then she took me into the house. There in the house I saw some Ansari women who said, “Best wishes and Allah’s Blessing and a good luck.” Then she entrusted me to them and they prepared me (for the marriage). Unexpectedly Allah’s Apostle came to me in the forenoon and my mother handed me over to him, and at that time I was a girl of nine years of age. (Bukhari 5.58.234).

Muhammad was at this time fifty-four years old.

Marrying young girls was not all that unusual for its time, but because in Islam Muhammad is the supreme example of conduct (cf. Qur’an 33:21), he is considered exemplary in this unto today. And so in April 2011, the Bangladesh Mufti Fazlul Haque Amini declared that those trying to pass a law banning child marriage in that country were putting Muhammad in a bad light: “Banning child marriage will cause challenging the marriage of the holy prophet of Islam, [putting] the moral character of the prophet into controversy and challenge.” He added a threat: “Islam permits child marriage and it will not be tolerated if any ruler will ever try to touch this issue in the name of giving more rights to women.” The Mufti said that 200,000 jihadists were ready to sacrifice their lives for any law restricting child marriage.

Likewise the influential website Islamonline.com in December 2010 justified child marriage by invoking not only Muhammad’s example, but the Qur’an as well:

The Noble Qur’an has also mentioned the waiting period [i.e. for a divorced wife to remarry] for the wife who has not yet menstruated, saying: “And those who no longer expect menstruation among your women, if you doubt, then their period is three months, and [also for] those who have not menstruated” [Qur’an 65:4]. Since this is not negated later, we can take from this verse that it is permissible to have sexual intercourse with a prepubescent girl. The Qur’an is not like the books of jurisprudence which mention what the implications of things are, even if they are prohibited. It is true that the prophet entered into a marriage contract with A’isha when she was six years old, however he did not have sex with her until she was nine years old, according to al-Bukhari.

Other countries make Muhammad’s example the basis of their laws regarding the legal marriageable age for girls. Article 1041 of the Civil Code of the Islamic Republic of Iran states that girls can be engaged before the age of nine, and married at nine: “Marriage before puberty (nine full lunar years for girls) is prohibited. Marriage contracted before reaching puberty with the permission of the guardian is valid provided that the interests of the ward are duly observed.”

According to Amir Taheri in The Spirit of Allah: Khomeini and the Islamic Revolution (pp. 90-91), Iran’s Ayatollah Khomeini himself married a ten-year-old girl when he was twenty-eight. Khomeini called marriage to a prepubescent girl “a divine blessing,” and advised the faithful to give their own daughters away accordingly: “Do your best to ensure that your daughters do not see their first blood in your house.” When he took power in Iran, he lowered the legal marriageable age of girls to nine, in accord with Muhammad’s example.

TWO Syrian migrant girls in Germany have been discovered to be child brides, but some youth workers and Muslim leaders said the marriages should not be split up.

Youth workers found the two Syrian girls now living in Germany had been married in their homelands whilst under the age of 16, suggesting a worrying rise in underage marriages due to the migrant crisis.

Under German law marriages are only legal over the age of 18, although can recognised in exceptional cases for over 16s.

Usually marriages involving adolescents between the ages of 14 and 16, even if they can provide legal documentation from their home country, are not recognised.

About 1,500 cases are known to the authorities and recorded with the Foreigners’ Central Register.

But there could be more, unknown cases.

The latest two young couples, who settled in Freising, near Munich, have been in Germany since last year, but only came to light after the area’s Youth Office found out about them from other asylum seekers.

Head of the Youth Office Arabella Gittler-Reichel has stated that the two girls, whose identities have not been revealed, had been given a guardian who look after the women and give them opportunities to learn German and attend school.

While key figures within the Muslim community in Germany have rejected the idea of child marriages, Islet Unal, part of the Islamic community in Freising, denied all should be separated.

He said: “We are in favour of people getting married in their twenties.”

But added that while child marriages should be dissolved he added: “If they were mentally mature for the marriage, you should leave it be. A separation could be another catastrophe, because marriage also provides protection.”

But Imam Malik Usman Naveed from the Ahmadiyya community’s Al-Mahdi mosque said: “Our Muslims are to follow the the Qu’ran, but they should follow German laws as well.”…

This article is from the awesome people at Jihad Watch:
https://www.jihadwatch.org/2016/11/germany-muslim-migrant-child-brides-discovered-refugee-workers-say-marriages-should-remain