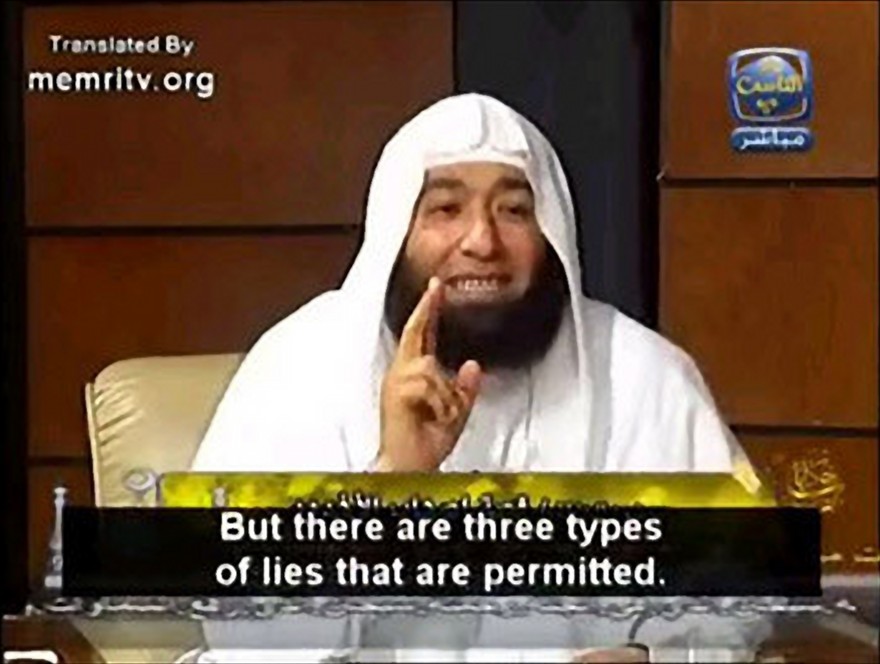 This image has been resized with Reshade. To find out more visit reshade.com

Islamic doctrine regarding lying is different than what Christians (Jews and others) might expect. The term taqiyya describes when it is acceptable to lie. Here is a summary excerpt:

Muslim scholars teach that Muslims should generally be truthful to each other, unless the purpose of lying is to “smooth over differences.”

“There are several forms of lying to non-believers that are permitted under certain circumstances, the best known being taqiyya. These circumstances are typically those that advance the cause of Islam — in some cases by gaining the trust of non-believers in order to draw out their vulnerability and defeat them.”

The Gatestone Institute gives examples of instances of lies told to deceive unbelievers and render them vulnerable. It also points out that you cannot rely on the Koran for the whole picture, but must consider the Hadith as well. Lying is permissible and even encouraged, and is not sinful if it is done to unbelievers.

This doesn’t mean all Muslims lie, all the time. Such generalizations go too far. The problem is that you aren’t safe in assuming any Muslim is ever telling you the truth. Does he or she fear Allah? It doesn’t mean they won’t lie to you.

I wonder, when Mohammed first was proselytizing for Islam, when all were unbelievers, what kinds of lies he felt were necessary to spread his religion?