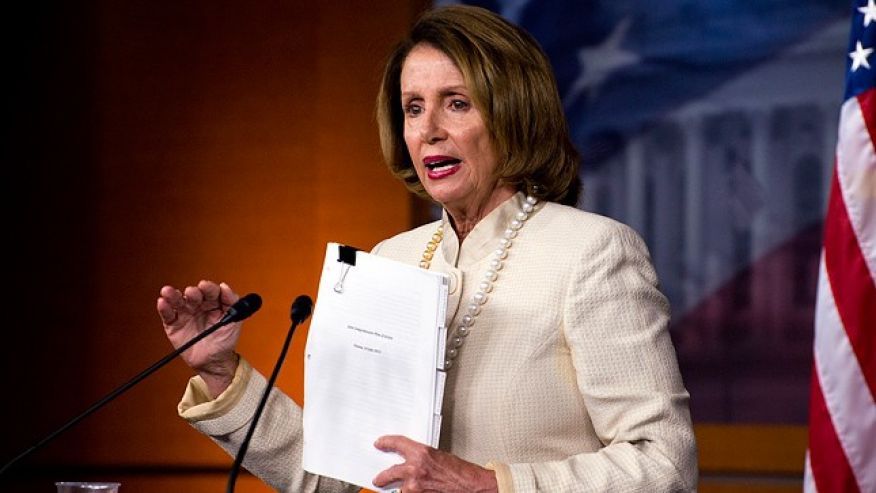 On Thursday, House Minority Leader Nancy Pelosi (D-Calif) proposed that Congress stop looking to investigate Planned Parenthood and instead investigate the Center for Medical Progress – the pro-life organization that recently exposed the abortion conglomerate selling baby organs for profit in a series of undercover videos – saying they created an unnecessary controversy for no reason.

“Planned Parenthood has said that they have done nothing illegal,” she said. “They do not ever charge, which would be illegal, for fetal tissue. They have only defrayed the cost of mailing that to someone, which is not breaking the law.”

Congressional Republicans have been engaging in full-frontal assault against the abortion conglomerate in recent days with the recent videos from the Center for Medical Progress as ammunition. Currently, as many as 80 Congress members have cosponsored bill H.R. 3134, the Defund Planned Parenthood Act of 2015, which would effectively end all federal funding – several hundred million dollars – to the abortion giant.

Investigations into Planned Parenthood’s alleged criminal activity have been ordered by House Speaker John Boehner (R-Ohio) and several governors across the country.

Nancy Pelosi rejects all congressional investigations or attempts to defund Planned Parenthood, believing the real culprit in this matter is the Center for Medical Progress, which she said should be probed by the DOJ headed by Loretta Lynch, a past supporter of partial-birth abortion.

Loretta Lynch has since stated she will withhold all investigations until all information has been reviewed.