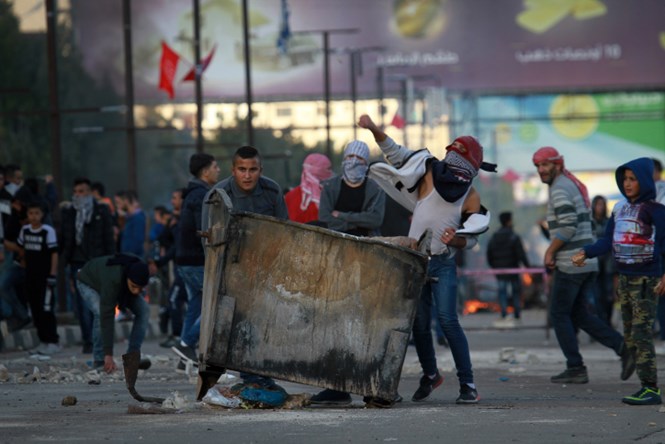 Gee, big surprise. More Arab violence. Ever notice how every Arab country in existence is plagued with horrific violence and cruelty and controlled by a ruthless mass-murdering dictator?

Thousands of Arab rioters clash with Israeli security forces in Jerusalem, Judea, and Samaria, this time in protest of Jerusalem recognition.

According to an IDF spokesperson Friday afternoon, army units were deployed at roughly 30 sites across Judea, Samaria, and even along the Gaza border to contain riots which had broken out as part of a planned “Day of Rage” against President Trump’s decision.

Some 250 rioters clashed with Israeli police in the Old City of Jerusalem, while dozens more threw stones and burned President Trump in effigy elsewhere in eastern Jerusalem.