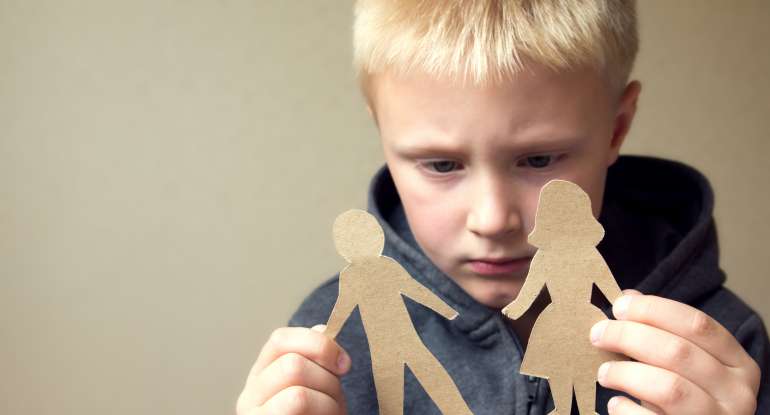 The number of children visiting Britain’s transgender clinic the Gender Identity Development Service (GIDS) has skyrocketed in recent years, and this past year an average of 39 children a week have visited the clinic. If current trends continue, it will reach 50 children a week in the next year. Many of these children as as young as 4, 5, and 6 years old.

In the past six months, 1,302 kids visited GIDS, according to a report from Britain’s Daily Mirror. This represented an increase of 24 percent over the previous six months.

Among these kids were two 4-year-old children, four five-year-old kids, and no fewer than seventeen 6 year olds confused about their gender identity. In 2016-2017 there were 2,016 children referred to the clinic. According to the Daily Mirror report, the clinic is on track to receive 2,600 children in 2017-2018.

“This is a massive increase,” Professor Ashley Grossman, an expert on gender dysphoria (the persistent feeling of being born in the wrong body), told the Daily Mirror.

About 40 percent of the children who go to GIDS are prescribed puberty-blocking drugs, a “treatment” Grossman said “does not harm children.” Pro-transgender advocates argue such drugs give kids more time to make the decision as to whether or not they will alter their bodies to match the opposite sex.

The effects of puberty blockers, which pause the natural development of adolescent sex characteristics, remain unknown, however. Possible side-effects include abnormal bone growth.

The science is still out, but many men and women have been irreversibly scarred from futile attempts to make their bodies conform to the biological sex opposite their own birth sex. One former transgender woman said, “It’s not a cure at all.”

“I am a real, live 22-year-old woman, with a scarred chest and a broken voice, and five o’clock shadow because I couldn’t face the idea of growing up to be a woman, that’s my reality,” admitted Cari Stella in a deeply personal YouTube video.

To make matters worse, one university in Britain recently rejected the idea of studying people who regretted their gender transition, because it would be “politically incorrect.” If as many as 50 kids per week will be going to a gender identity clinic — and 20 of them will be given puberty-blockers — it is vital for doctors, nurses, teachers, and parents to know more about people who think they are transgender but later change their minds.

“I cannot believe the 50 a week will all be transgender,” Miroslav Djordjevic, a genital reconstructive surgeon and professor of surgery and urology at the University of Belgrade in Serbia, told the Daily Mirror. “We’re seeing a lot of parents who come for help because they are not sure if there [sic] children are transgender or just being children.”

“To say a girl of five is transgender is impossible,” Djordjevic said. “But it is easier to ask than not do anything and children suffer. At the minute it’s something like a fashion. And of course there is a danger children could regret having treatment.”

If even Djordjevic, whose very profession involves performing transgender surgery, warns against kids jumping on the transgender bandwagon, that should encourage a great deal of caution among parents.

This past April, a pediatric psychiatrist suggested kids are “trying out being transgender.”

“One said to me, ‘Dr Steve … I want to be transgender, it’s the new black’,” Dr. Stephen Stathis, a pediatric psychiatrist and medical director of child and youth mental health services at Children’s Health Queensland Hospital and Health Service, told The Courier Mail. He said many adolescents are “trying out being transgender” to stand out.

The world is a confusing place to children, be they age 4 or age 17. Young children may wish to try out being the opposite sex. Middle school kids may embrace transgender identity to be different.

Advocates might say that kids would never voluntarily try out being transgender, because it carries a social stigma. Following the transition of Bruce Jenner, National Geographic putting a 9-year-old transgender kid on the cover, and Elle magazineposting a video of an 8-year-old drag queen, however, is it really surprising that transgender identity has become something of a fad?

Stathis predicted that most kids who come to his clinic will identify with their birth gender by the time they reach puberty. The science on transgenderism is still out, but it beggars belief that 50 new kids per week in Britain really are transgender.

Of course, even if a person does consistently suffer with gender dysphoria, there is no guarantee that transgender identity, hormones, or surgery will cure that condition. Even “Caitlyn” Jenner still has masculine features that can never be changed (hands, for instance). Biologically, a transgender person’s cells still carry DNA corresponding to their original sex, and no amount of surgery can change that.

As more children claim to be transgender, parents should be worried — and they should be prepared to answer difficult questions about identity when their children ask.

Parents will also have to fight for the right to decide what their children learn, and when they learn it. British parents are suing the Church of England because the school their 6-year-old boys attended endorsed transgenderism. A Minnesota charter school even promised that parents would not even be notified before kids learned about transgenderism.

Powerful groups like Planned Parenthood and the Southern Poverty Law Center (SPLC) have been pushing classes on transgender identity — even for preschoolers, in the name of tolerance.

Parents need to know, and be prepared. This phase of the “culture war” aims directly at their children.