Obama’s family owned slaves: Should statues of him be removed? 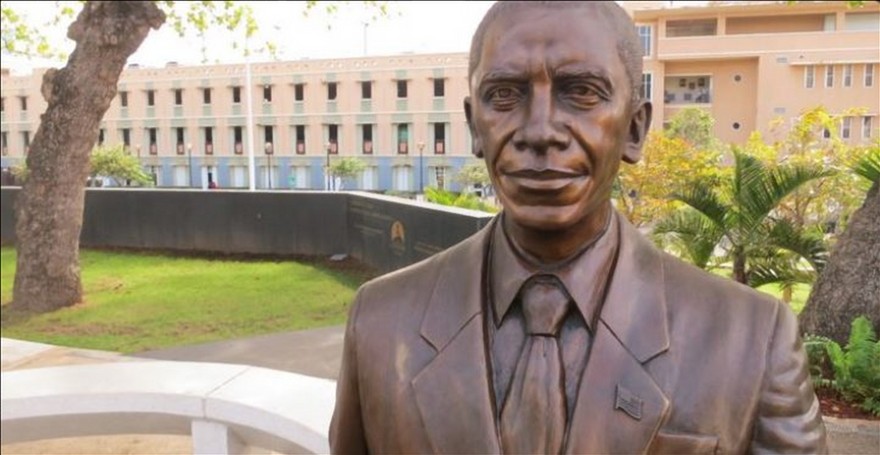 A bronze sculpture of former President Barack Obama is due to be unveiled in Rapid City, S.D., some time next month. If you’re wondering about the significance of Rapid City, it is home to the largest tribute to four American presidents, carved into the face of Mt. Rushmore. Obama’s likeness, moreover, will be the latest in a series of all former presidents mounted on street corners throughout the city.

There’s just one problem with the plan. In 2007, a genealogical researcher determined that ancestors on Obama’s mother’s side were slave owners. (That’s probably true of ancestors on Obama’s father’s side as well, as slavery was once a large-scale industry in much of Africa and remains in practice in some countries to this day.)

And in these emotionally charged times, when many on the Left are clamoring for the removal of all reminders of the nation’s first president, you just can’t except any leader with a sinful past.

Obama’s ancestors on his white mother’s side appear to have been slave owners. William Reitwiesner, an amateur genealogical researcher, has published a history of Obama’s mother’s family and discovered that her ancestors have a distinctly shadowy past.

Following the logical progression of the liberal anti-history brigade, anything and everything featuring Obama’s name must be removed and scrubbed from our minds, books, and records.

They can begin with the statue shown above, which is already on display in Obama’s adoptive hometown of Chicago. There’s another bronze likeness of the forty-ninth president in San Juan, Puerto Rico:

Next time Im in San Juan I guess it will be OK for me to destroy this Obama statue since he ruined race relations in America #CityHallSelfie pic.twitter.com/OWMu8swL6I

Since Puerto Rico is not a state, it remains to be seen whether crusaders on the Left have any credibility down there.

Former First Lady Michelle Obama won’t be able to have any statues raised to honor her historic tenure in the White House either. During her hubby’s “A More Perfect Union” speech in March of 2008, he described his wife’s lineage as “a black American who carries within her the blood of slaves and slave owners.”

Looks like any efforts to honor the Obama’s will have to be relegated to some museum, where they are safely out of the view of young children, who would be permanently scarred by the sight of a descendant of slavers.

Isn’t that how we play the game, liberals?