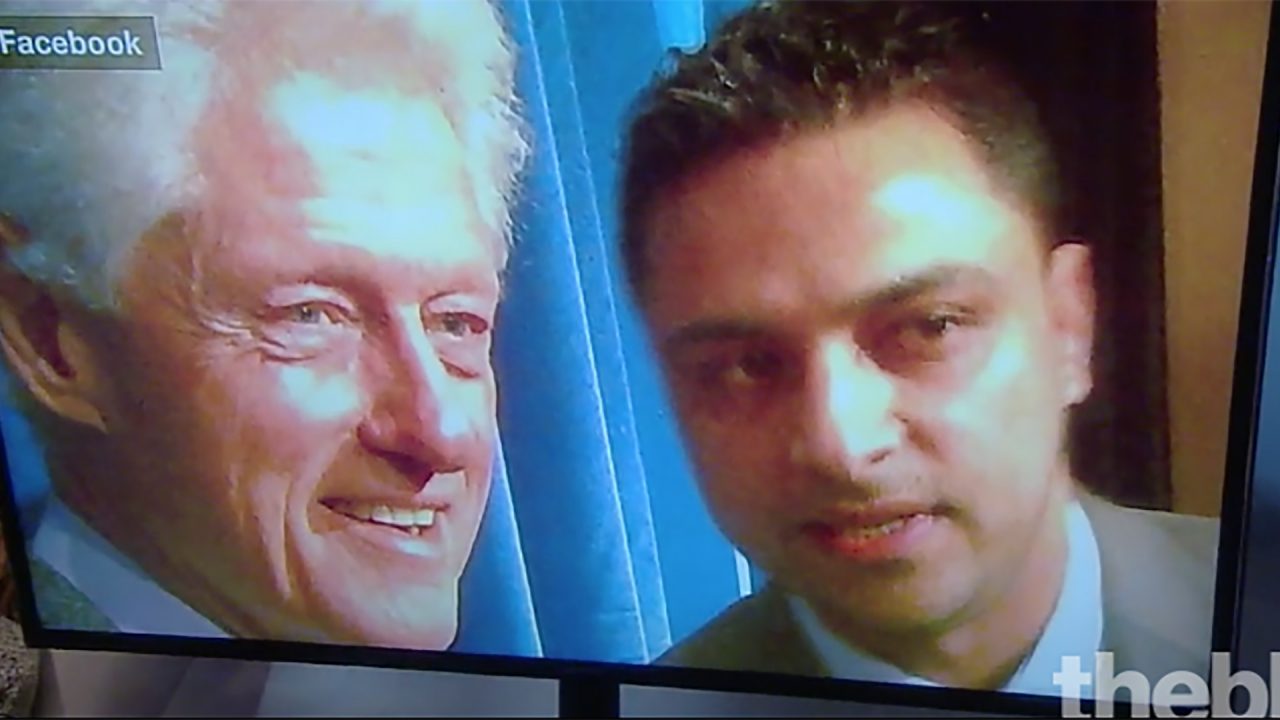 Democrat IT aide Imran Awan arrested at Dulles while trying to flee the US.

According to Fox News’ Chad Pergram, federal agents and the U.S. Capitol Police arrested Awan and charged him with “multiple counts of bank fraud” stemming from the investigation of an information technology procurement scandal in the U.S. House.

Pergram said that the authorities nabbed Awan at Dulles as he was “trying to leave the country.” Awan, Pergram said, has been arraigned and has surrendered his passport.

Feds/USCP picked up Imran Awan at Dulles Aiport last night as he was “trying to leave the country.” Has been arraigned. Surrendered passport

Awan has been the lead suspect in an ongoing criminal probe into security breaches within the House of Representatives that was launched on Feb. 2. He allegedly doubled charged the U.S. House for IT equipment and may have exposed sensitive House members’ information online. According to previous reports, Wasserman Schultz kept Awan on her payroll, even  though he had been banned from House servers by Capitol Hill security.

Pergram said that Fox News sources told the outlet that Awan was still on the House payroll under Wasserman Schultz at the time of his arrest.

Fox is told that Hse IT staffer Imran Awan is still on Hse payroll for moment under Wasserman Schultz.

Awan, who was hired in 2005, was reportedly in possession of an iPad used by then-DNC Chair Wasserman Schultz, a Florida representative, around the time that DNC emails were leaked to WikiLeaks.

Awan, three members of his family, and close friend Rao Abbas were House IT workers and are accused of stealing equipment from Democratic members’ offices without their knowledge and committing potentially illegal violations on the House IT network, including leaking sensitive information stored within the servers and personal devices of House members.

The Awan family — as well as friends — were alleged to have owed money to the terrorist group Hezbollah.

Reports have revealed that Awan was not only abusing the system for financial gain but also may have had access to top DNC leadership technology.

The Awans worked in 32 House member offices, all Democrats, including the office of Wasserman Schultz and members of the Homeland Security Committee, the Foreign Affairs Committee, and the Intelligence Committee. The tech team also worked in the office of the House Democratic Caucus.

House authorities began suspecting the Awan family and targeted them for investigation during their search for a secret server that was funneling congressional data off-site.

Capitol Police ordered Awan to no longer come near House servers during the investigation, but Schultz decided to get around that by keeping him on an “advisory position” and allowing him to work remotely.

Wasserman Schultz put in her resignation from her position of DNC chief in July 2016 after the DNC’s IT system was hacked.

“The Awans had [members] in their pocket,” one IT staffer told The Daily Caller. “There are a lot of members who could go down over this.”

Shortly after an investigation had been launched, Awan moved abruptly from his Virginia rental home, and the rental’s new tenant — a Marine Corps veteran — reported that “wireless routers, hard drives that look like they tried to destroy [sic], laptops, [and] a lot of brand new expensive toner” were left behind after Awan’s departure.

“It was in the garage,” the vet reported. “They recycled cabinets and lined them along the walls. They left in a huge hurry. It looks like government-issued equipment. We turned that stuff over.”

The Marine also stated  that Awan attempted multiple times to recover the electronics from his former rental home but was unsuccessful.

On Sunday, the FBI were reportedly seizing hard drives from Awan’s home.

An additional source in Congress with direct knowledge of the case, speaking on condition of anonymity because of the sensitivity of the probe, confirmed that the FBI has joined what Politico previously described as a Capitol Police criminal probe into “serious, potentially illegal, violations on the House IT network” by Imran and three of his relatives, who had access to the emails and files of the more than two dozen House Democrats who employed them on a part-time basis.