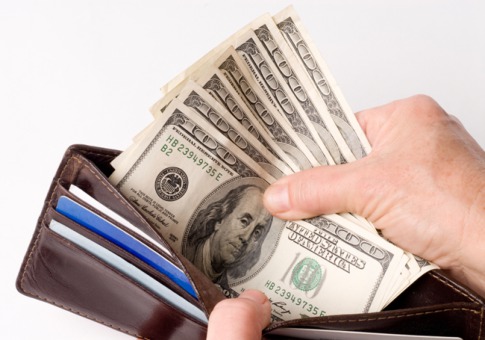 Shellshocked by those astronomical Obamacare premiums? You might want to consider just ditching the failed health insurance “tax” altogether and paying cash for medical services on an as-needed basis because, truth be told, you’ll end up shelling out far less money in the long run.

This was the recent experience of a California woman named Caroline who, after receiving a hefty bill for a few simple blood tests, petitioned the hospital where the blood was drawn for answers. What she came to learn is that there’s essentially two pricing tiers for medical services: the insurance rate and the cash rate.

Accustomed to just having her medical treatments billed to her insurance carrier, Blue Shield of California, Caroline was shocked to learn that the $269.42 she was responsible for paying out of pocket for the five blood tests she received — this out of $408 total, the rest of which was covered by her insurance — was nearly four times higher than the total cost would have been if she had just paid in cash, insurance aside.

So instead of the blood tests costing about $80 each at the insurance rate, they would have cost only about $15 dollars each, or about one-fifth the cost, at the cash rate — a substantial savings.

“I was completely surprised,” she told the Los Angeles Times. “The woman I spoke with in billing said that if I’d paid cash, the prices would have been much lower.”

This is especially true for common procedures like blood tests and imaging scans that are now widely available at a variety of medical clinics — everything from large hospitals to local clinics, and in some cases even pharmacies and drop-in “minute” clinics.

You can think of it as the “uninsured” rate, or the amount that such services would actually cost in the real world if we didn’t have complex insurance pools, government-subsidized coverage plans, and other inherently wasteful programs that breed price-gouging.

And Obamacare is only making matters worse by spiking many people’s monthly premiums so dramatically that they’re essentially being forced to seek out the lower cash rate. Some people are even ditching their plans entirely and just paying out of pocket rather than try to reach their ever-escalating deductible thresholds — it’s actually cheaper not to use one’s government-mandated health insurance, in many cases!

“This is one of the dirty little secrets of healthcare,” Gerald Kominski, director of the UCLA Center for Health Policy Research, explained to the Los Angeles Times. “If your insurance has a high deductible, you should always ask for the cash price.”

The rationale seems to be that if an insurance company or the government is footing all or most of the bill anyway, then hospitals can charge whatever it wants for medical services. All of this gets thrown on its head, though, when real-life people are having to cover these costs directly.

“This just shows how screwed up the whole pricing system is,” Glenn Melnick, a health economist at the University of Southern California (USC), added, making the case for a true, free-market healthcare system. “It absolutely makes sense to shop around for healthcare like you shop for everything else.”

In an ideal world, insurance companies would negotiate with hospitals and medical providers to get the best possible rates for policyholders. But so much has changed in recent years, especially with the government getting more involved in controlling the destiny of healthcare, that the gap between what medical services actually cost versus what patients are being asked to pay has only widened.

“Insurers aren’t getting the best prices anymore,” says Melnick. “Hospitals often charge whatever they want and have tremendous power over insurance plans.”