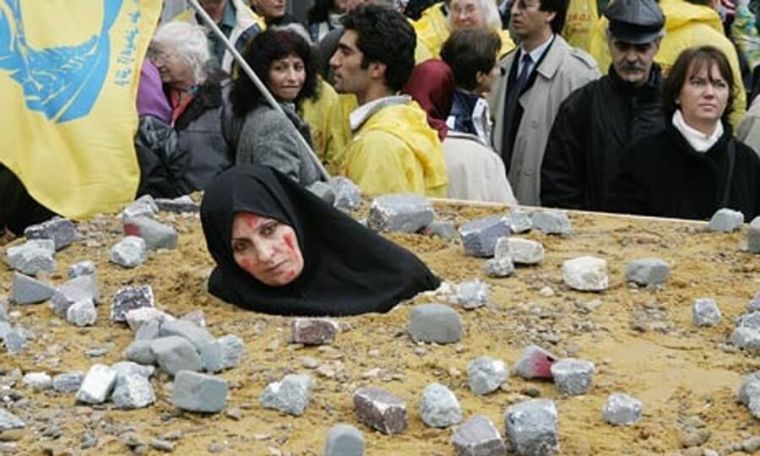 Both mother and unborn baby were killed.

Jury selection started Monday morning in the case of a 28-year-old man who allegedly strangled his pregnant girlfriend inside a one-bedroom efficiency apartment near Chelten and Chew avenues in East Germantown.

Roysce “Yusef” Haynes is charged with first-degree murder in connection with the Sept. 2012 of Atiya Majah Perry.

Opening arguments in the case are expected to commence on Tuesday morning.

Haynes’ statement makes mention of having met Perry in March and getting married in July. He claimed that her family was “telling her not to wear her [Muslim] garb,” and this caused problems in their relationship.

Perry’s family did not want to talk immediately after the hearing, but her mother thanked NewsWorks for covering the story. There were a dozen supporters there, some wearing RIP Atiya T-shirts.

In August, Perry went to Albert Einstein Medical Center to seek treatment for what she thought was a concussion suffered when she fell onto the floor after Haynes threw her onto their bed during a scuffle, the suspect’s statement maintained.

The next month, Perry told him she was pregnant. He told detectives that “I didn’t believe she was,” so they got into another altercation when he accompanied her to a pre-natal appointment that had never been scheduled.

Two days later, Perry would be dead. According to Haynes statement, he unsuccessfully tried to resuscitate her. He did not call for medical assistance, however.

In arguing to get first-degree murder charges reduced to third-degree, and the unborn-child homicide dismissed, defense attorney Wendy Ramos unsuccessfully argued that it wasn’t premediated, and he did not know that his wife was pregnant at the time.

“He basically flipped,” she said.

Who flipped? Wendy Ramos is defending a serial wife beater! The war on women is being defended…by women.

The agents were checking on Haynes in relation to a 2011 case in which he pleaded guilty to simple assault and was given 18 months probation, according to court records that stated aggravated assault and recklessly endangering another person charges were withdrawn.

Seven years earlier, he pleaded guilty to aggravated assault and was sentenced to up to 23 months incarceration and two years probation.