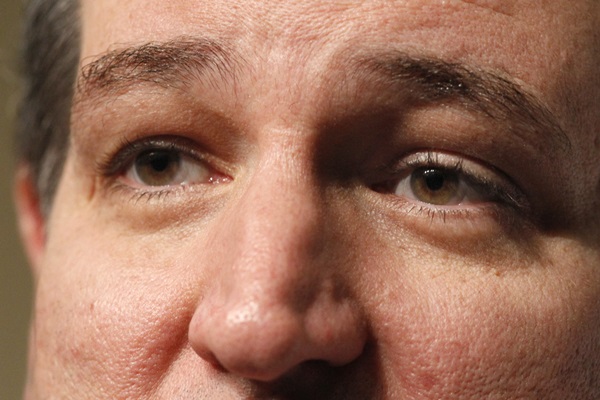 Here are the results of the latest Public Policy Polling survey of 505 GOP voters, conducted between Thursday and Saturday:

However, in a battle involving Ohio Gov. John Kasich, the New York developer leads the field:

The survey also found that 51 percent of Kasich supporters would back Cruz, versus 23 percent who said they would vote for Trump.

“The Republican race nationally would be a toss-up if it was just Trump and Cruz,” said Dean Debnam, president of Public Policy Polling, in analyzing the results.

“But as long as Kasich stays in there splitting the anti-Trump vote, Trump continues to be in a good position,” he said.

The poll has a margin of error of 4.4 percent.