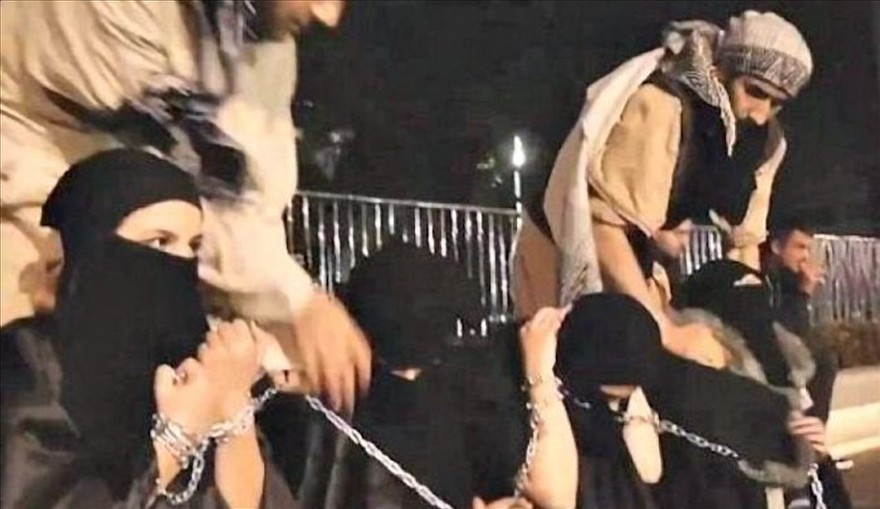 More barbaric and evil violence, and now forced cannibalism of your own child, from the “religion of peace.”

The Islamic State forced a starving Yazidi sex slave to eat her own son’s corpse as a trick to entertain the jihadis, an Iraqi MP has revealed.

Although this sickening deed by the Islamic State was done for “entertainment,” the practice of  “eating of infidels has precedents throughout Islamic history, especially as a terror tactic.”

Also, more recently, the practice of cannibalism was reportedly taught to youngsters at the highly prestigious Al Azhar university in Cairo, where youth were instructed that “they can kill and eat apostates.”

Yet confronting such savagery committed in the name of Islam is deemed “Islamophobic.” And Islamic State jihadists are now walking freely among peaceful citizens in Western countries while corrupt politicians continue to make their people vulnerable to jihad attacks through irresponsible immigration policies.

The Islamic State forced a starving Yazidi sex slave to eat her own son’s corpse as a trick to entertain the jihadis, an Iraqi MP has revealed.

“One of the women whom we managed to retrieve from ISIS said that she was held in a cellar for three days without food or water,” Iraqi MP Vian Dakhil told Egyptian TV channel Extra News.

“Afterwards, they brought her a plate of rice and meat. She ate the food because she was very hungry.”

“When she was finished they said to her: ‘We cooked your one-year-old son that we took from you, and this is what you just ate,’” she continued, wiping away the tears as she recounted the ordeal.

Yazidis, a religious minority community native to Northern Iraq, have been the victims of mass persecution at the hands of the Islamic State, who consider them devil worshippers. Last year, the United Nations determined that Islamic State crimes against Yazidis should be classified as genocide.

During the interview, Dakhil revealed further atrocities committed by the terrorist organization, such as the gang rape of girls as young as ten.

“One of the girls said that they took six of her sisters. Her younger sister, a ten-year-old girl, was raped to death in front of her father and sisters. She was ten years old,” she said. “The question that we ask ourselves is: “Why? Why did these savages do this to us?”