Scalia Breaks It Down: Is There a “Right” to Immigrate to the U.S.? 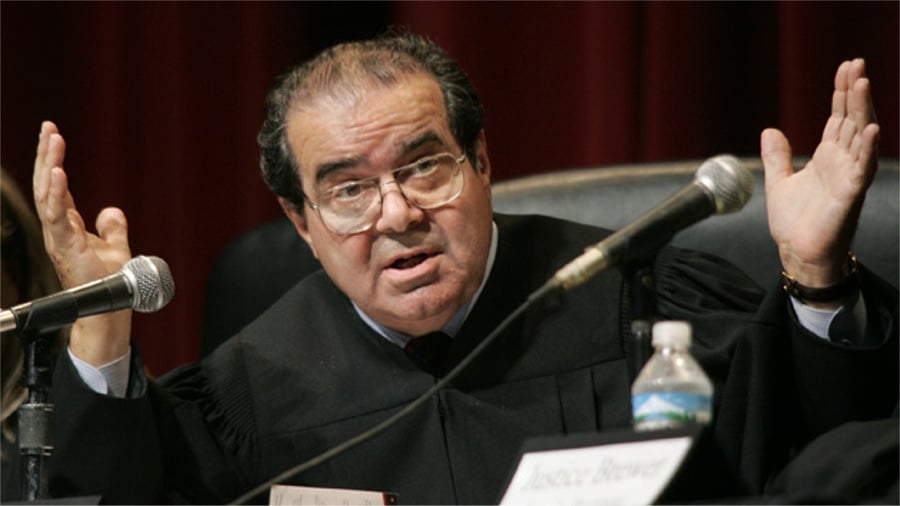 Monday marks a year since the tragedy of Justice Antonin Scalia’s death while on a hunting trip in west Texas, and his legal insight remains as poignant and pertinent as the day he left this world.

The Ninth Circuit court has recently come under fire from all sides for their “absurd,” “dangerous,” and “damningly silly” ruling against President Donald Trump’s travel suspension. And the current dustup between the judiciary and the executive — as well as the impending nomination fight over Scalia’s successor — raises the question on the anniversary of his death: What would Justice Scalia have to say about all this?

While we will never know the answer to that on this side of paradise, the late jurist’s dissent in  a previous immigration case might offer some insight.

The case was Zadvydas v. Davis in 2001. The question before the court was whether or not the executive branch had a right to detain an alien set for deportation indefinitely, or if the 90-day detention period created some sort of “right” to be released back into the general population.

While the 5-4 majority ruled that the detention period was limited to 90 days, Scalia dissented (joined by Clarence Thomas), arguing that the rights of aliens to be deported run along the same lines as those at the border seeking entry.

Here’s what Scalia had to say about both:

“Insofar as a claimed legal right to release into this country is concerned. “An alien under final order of removal stands on an equal footing with an inadmissible alien at the threshold of entry: He has no such right.

“We are offered no justification why an alien under a valid and final order of removal – which has totally extinguished whatever right to presence in this country he possessed – has any greater due process right to be released into the country than an alien at the border seeking entry.”

Scalia makes this point its simplest, by offering: “[A]n inadmissible alien at the border has no right to be in the United States.”

In the case, Scalia also goes back to Justice Robert Jackson’s dissent from in Shaughnessy v. United States in 1953, which Justice Frankfurter joined:

“Due process does not invest any alien with a right to enter the United States, nor confer on those admitted the right to remain against the national will. Nothing in the Constitution requires admission or sufferance of aliens hostile to our scheme of government.”

This, of course, doesn’t mean that someone’s human rights are contingent upon their citizenship, but that but that there is no such thing as a right for a person to enter the country of which they are not a citizen. “[Another previous immigration case] at least involved aliens under final order of deportation,” explained Scalia in the Zadvydas dissent. “But all it held is that they could not be subjected to the punishment of hard labor without a judicial trial. I am sure they cannot be tortured, as well–but neither prohibition has anything to do with their right to be released into the United States.”

Yet the Ninth Circuit has ruled that every potential migrant in a terror-infested warzone of a failed state now has constitutional due process rights to come in whenever they want, that government institutions somehow suffer “Concrete and Particularized Injury” as a result, and that campaign statements are fair game in evaluating a law.

A year since his passing, Scalia’s absence has left an unmistakable void on American jurisprudence, and time will only tell if Trump’s Supreme Court pick will prove up to the task of following such a titanic presence on the bench.

One thing is certain, however: As the federal circuits slip further and further into absolute legal nonsense like that seen last week, Justice Antonin Scalia’s witty, commonsensical clarity will only be missed more and more.