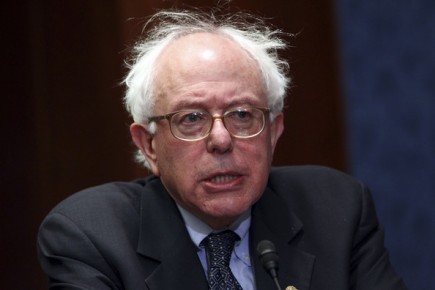 He may have been in Congress since 1991 and held elected office since 1981 but Bernie Sanders says he is campaigning against the Washington establishment as he seeks the Democratic nomination for 2016. In an interview with CNBC’s John Harwood, Sanders wasn’t afraid to make controversial statements like praising the idea of returning to a 90% tax rate.

“Radical socialist Dwight D. Eisenhower was president, I think the highest marginal tax rate was something like 90,” Sanders said.

“When you think about 90%, you don’t think that’s obviously too high? Harwood questioned.

Sanders said wealth is far too concentrated at the top in America and the government should intervene to transfer wealth to the poor.

The junior senator from Vermont acknowledged that he is an underdog as he seeks to best Hillary Clinton and get the Democratic nomination, but said he should not be counted out, pointing to large crowds of supporters in Austin, Las Vegas, Chicago and elsewhere.