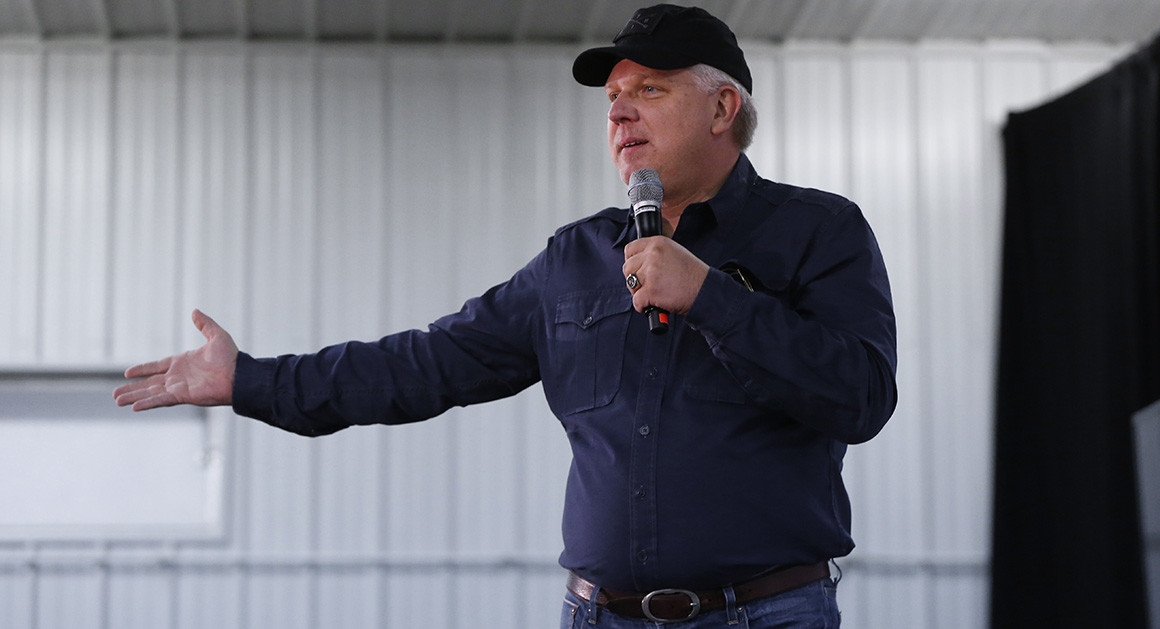 Ted Cruz and Glenn Beck unleashed a barrage of criticisms of Donald Trump on religion and social issues here, angling for support from voters in one of the most conservative parts of the state.

At the massive Morningstar Fellowship Church, Cruz laced into Trump as weak on abortion, gay marriage and gun rights while Beck suggested Trump has never cracked open a Bible.

“Too many people right now are looking at a guy like Donald Trump and believing that that man has ever opened a Bible. That’s the biggest crock of bullcrap I’ve ever heard. We all know it,” Beck said.

Even Cruz, who tries to whack Trump consistently but more subtly, got in on the attack on Trump’s faith, mocking him for stumbling over a famous passage.

“Two Corinthians walked into a bar,” Cruz said. “I’m sorry, that was mean. I shouldn’t have done that.”

But the crowd ate it up. And as Trump campaigned in Louisiana despite the looming South Carolina primary, Cruz repeatedly cast him and Marco Rubio as weak on gay marriage, accusing them of “surrender,” in front of a standing room crowd that Cruz claimed neared 2,500.

“They’re liberals!” One woman shouted. No one corrected her.

And for the second day in a row, Cruz lit into Trump repeatedly as soft on nearly issue that animates the most conservative voters. As Cruz touted his work as solicitor general on anti-abortion issues, he accused Trump of having never “stood before and defended the right to life.”

“If a candidate has spent 60 years of his life describing himself as very, very pro-choice. If a candidate has defended partial birth abortion for most of his adult life, we should not be surprised if, as president, he will not defend the right to life,” Cruz said.

In remarks to reporters and to voters, Cruz again said that Trump is intent on expanding Obamacare and growing government with “free giveaways.” Cruz at times tried not to say Trump’s name, but the crowd often filled in the blanks.

“It was Trump!” yelled one man.

“It could have been that guy,” Cruz said with a knowing smile.

Beck was even more harsh in warming up the crowd.