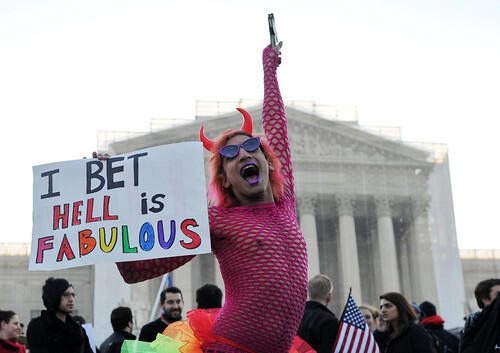 *LGBTTQQIAAP (lesbian, gay, bisexual, transgender, transsexual, queer, questioning, intersex, asexual, ally, pansexual). I swear I am not making this up.

The current law in the State of Texas requires schools to allow parents access to 100% of all their children’s records, academic, disciplinary, health, you name it. The only exception are instances where something has happened that has triggered the school to report suspected child abuse. This should be commonsense and self-evident as schools have zero role or responsibility for the parenting of children. Hell, public schools only make a cursory effort to educate them. But educators, being what they are, frequently think they are better equipped to raise a child than the parents. Such was the case in Fort Worth. This is an op-ed by Texas State Senator Konni Burton:

Unfortunately, this basic democratic opportunity was recently denied to the parents and taxpayers within Fort Worth ISD, and the repercussions could be extremely serious.

Fort Worth ISD Superintendent Dr. Kent Scribner recently announced new guidelines for faculty and staff on the handling of its transgender student population. These new guidelines require the recognition of the preferred gender identity of the student, the use of the pronoun he or she prefers, accommodations for the use of bathroom and locker room facilities and participation in the physical education of their preferred gender identity. These guidelines will affect all students, not just transgender students, and to act as if they do not need public and parental input is quite alarming.

Dr. Scribner and his executive team created the new transgender student guidelines through the use of “administrative regulations,” a rule-making process that does not require action by the publicly elected Board of Trustees. Without the need for a vote by the Board, there was no organized forum for an open debate on the merits of the new policies.

Fair minds can certainly argue whether the superintendent overstepped his authority by unilaterally enacting expansive new transgender policies; however, it cannot be argued that bypassing a public debate and avoiding parental input was a wise decision. Parents, not schools, are the primary decision-makers for their children; their opinion and input is absolutely invaluable and Fort Worth ISD was remiss in not tapping into the wealth of their perspective and experience. Involving parents should be the default position for any potentially controversial new policy of an independent school district, and unfortunately in this instance, it was not.

The new guidelines make it plain that parents are on a strictly “need-to-know” basis, and that “notifying a parent or guardian carries risks for the student in some cases.” Yet, within those same guidelines, Fort Worth ISD makes it clear that they can and will share this same private information with a third party without parental consent should they decide it’s in the student’s best interest. Frankly, I’m appalled by this language, and I hope the parents whose children attend Fort Worth ISD are as well.

Our schools are a place of learning; they are not replacements for the support and love of the family. I’ve heard it argued already that leaving parents in the dark is in the interest of safety, yet research shows transgender people are at an exponentially higher risk of suicide than the general population.

Essentially what the Forth Worth school superintendent did was say that parents would not have to be notified that their child suffering from a mental disorder, that would be “gender dysphoria,” and,indeed, encouraged schools NOT to inform parents. Never mind that this rule is a direct violation of state law. Never mind that it would prevent the parents from seeking treatment for the condition and possibly damage the child for life.

Senator Burton has proposed a law that makes it abundantly clear that schools are not acting in loco parentis and that they do not have the authority to withhold critical health information from parents. Predictably, the whole alphabet soup of sexual perversions has gone utterly batsh** crazy.

A Republican lawmaker has introduced a bill to force teachers and other school faculty to out LGBT students to their families, even if a student asks that their sexual orientation or gender identity remain secret.

Senate Bill 242, introduced this month by Tea Party legislator Konni Burton, would penalize teachers with suspension without pay or even termination if they refuse to tell parents about students’ requests regarding issues dealing with their gender or sexual identities.
…
Sondra Howe, a co-president of the Dallas chapter of the LGBT rights advocacy group PFLAG, expressed concerns about S.B. 242 and its possible effect on at-risk children.

“We feel it to be very harmful to students. If they have not come out at home, there is a reason for that,” Howe told The Daily Beast. PFLAG, formerly known as Parents, Families, and Friends of Lesbians and Gays, is the nation’s largest organization representing the LGBT community’s parents, families, and friends. Founded in 1972 with “with the simple act of a mother publicly supporting her gay son,” the group has decades of experience navigating the complex relationship between LGBT youth and their loved ones.

“It may be unjustified, but even in their minds, they’re not comfortable yet with their parents,” Howe said.

The PFLAG co-president further highlighted the issue of LGBT homelessness, which can result from abusive home life. According to the True Colors Fund, which was founded to deal with the issue, 40 percent of youth experiencing homelessness identify as LGBT, while they account for only 7 percent of the nation’s under-18 population.

(7 percent? hahahahaha. Talk about a wild imagination.Homosexuals do not exceed 3% of the population according to the best estimates and transgender-imagining people — the subject of the school rule — are a fraction of a percent.)

The law does not carry a requirement that the school inform parents but if they are asked, “is it true that you are letting little Johnny use the girls bathroom,” they have to give a straight answer.

Over the years whenever anyone mentioned the “gay agenda,” a certain class of people would snicker and deny there was such a thing. Now we’re seeing very clearly there is a gay agenda. It has nothing to do with tolerance or acceptance or the ability to lead your life. It has everything to do with the raw exercise of power and normalizing a profoundly unnatural sexual proclivity and lifestyle. And by normalizing I mean making it the norm. What is happening in public schools with these transgender policies is nothing less than a direct analog to the grooming behavior carried out by pedophiles on potential victims… not that these people are pedophiles or anything.