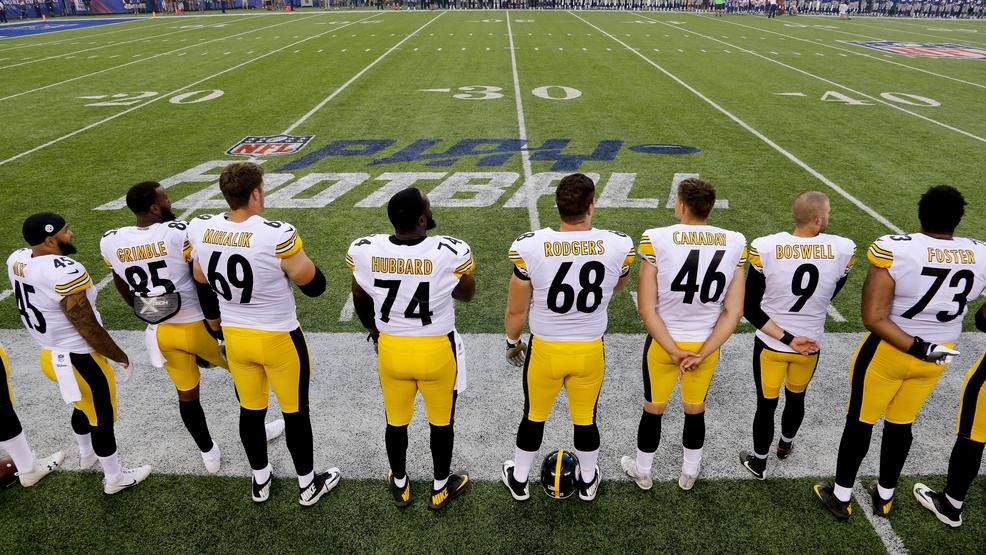 Why is anyone still watching these anti-American pieces of sub-human garbage throw a ball around a field and supporting them?

Protest fever is spreading! Thanks to el Trumpo, now the protest is morphing into some weird anti-Trump, [racist and anti-American BLM] pro-woke demonstration.

And the Pittsburgh Steelers are upping the ante.

BUT people are interpreting this as a YUGE protest, yet Tomlin says he’s doing that to STAY OUT OF THE CONTROVERSY. I like what he says – he doesn’t want to force his players to choose one way or the other. UNfortunately, it’ll be interpreted as they taking a huge stand against Trump.

When you hear the Steelers are staying in the locker room and skipping the national anthem all together pic.twitter.com/FiXaJdqGu4

JUST IN: #Steelers head coach Mike Tomlin says his players will stay in the locker room for national anthem vs. #Bears (via @JamieErdahl). pic.twitter.com/R1pBU21H3J

What a total complete crapfest this is becoming. Is this what Trump promised during the campaign? Is this what “winning” looks like?