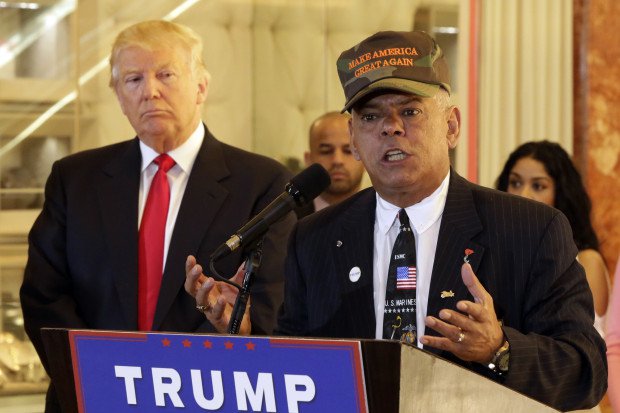 New Hampshire State Rep. Al Baldasaro is coming down on the “liberal media” for taking some of his comments out of context.  Back in July, Baldasaro made the inflammatory statement that Hillary Clinton should be shot for treason.

During an appearance on the Jeff Kuhner Show, Baldasaro then stated, “Hillary Clinton should be put in the firing line and shot for treason.” He later told the Daily Beast, “Anyone that commits treason should be shot.  I believe Hillary Clinton committed treason.”

Baldasaro was promptly investigated by the Secret Service.

Well, apparently Baldasaro takes issue with the way his comments were just completely taken out of context when it was suggested in the media that he wanted Hillary Clinton assassinated.  Assassinated?  Come on.  That wasn’t his choice of homicide method.  And he’s offended. Baldasaro recently told MassLive.com:

“The liberal media took what I said and went against the law and the Constitution and ran with it, and they said that I wanted her assassinated, which I never did. I said I spoke as a veteran, and she should be shot in a firing squad for treason.”

First of all, he spoke as a veteran, so let’s get that straight.  Because that totally qualifies him to single-handedly convict someone of treason, obviously.

Second, it’s interesting Baldasaro would mention “going against the law and the Constitution” (whatever he even meant by that) because I’m fairly certain taking it upon yourself to call for someone to be “shot for treason” when said person has not even been convicted of treason is exactly “going against the law and the Constitution,” but I suppose in Trump land, this all makes sense.

New Rule of Law, Trump Style: It’s not assassination if the people want it, okay?