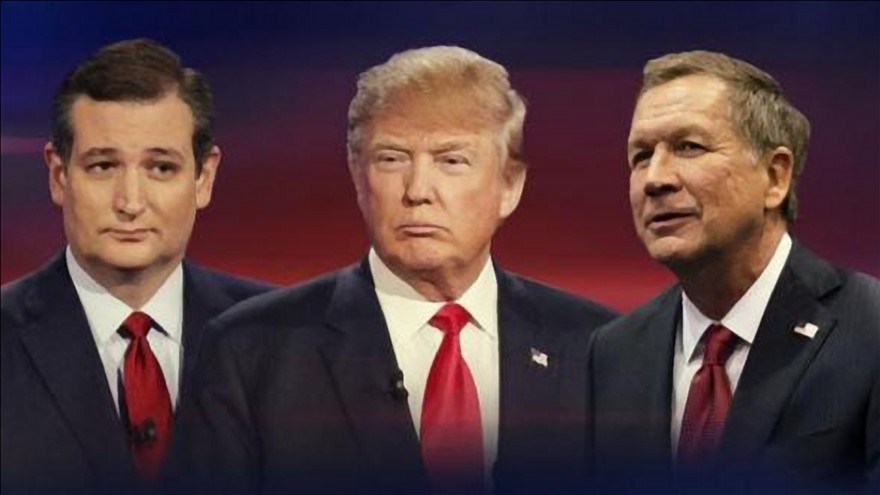 Newsworthy, not because Trump is actually going to do it but because it shows you where his mind is, allegedly, the day after the biggest triumph of his life, with a presidential election ahead. Hillary Clinton? Sure, we’ll get to her later. Right now there are Republican enemies to destroy.

Donald Trump plans to create and fund super-PACs specifically aimed at ending the political careers of Ted Cruz and John Kasich should either run for office again, after both snubbed the Republican nominee during his party’s convention this week, a source familiar with Trump’s thinking told Bloomberg Politics on Friday.

The plan would involve Trump investing millions of his own money –perhaps $20 million or more — in one or two outside groups about six months before their respective election days if Texas Senator Cruz or Ohio Governor Kasich stand for office again. The source said Trump is willing to set up two separate super-PACs – one for Cruz and one for Kasich – and put millions into each.

The source said that Trump would be willing to invest tens of millions more if necessary to ensure his former competitors didn’t win another race. Of course, the ire that Trump has exhibited in the aftermath of the bitter nomination contest could fade over time, leading the sometimes mercurial billionaire to drop the plans.

Actual quote: “The source close to Trump’s thinking indicated that Trump would consider forming the super-PAC whether or not he wins the presidential election in November.” I can already see President Trump fielding questions about building the wall at his first press conference in the Rose Garden in February. “It’s going to happen,” he’ll say, “just as soon as I’m done setting up my ‘Stop Kasich’ nonprofit.”

The easy and almost certainly correct interpretation of all this is that it’s empty Trump-y bravado crudely designed to intimidate Cruz and Kasich. A guy who wouldn’t set aside an extra $20 million last year to build a formidable national ground game and data shop that would make him the most powerful man in the world isn’t going to cough it up to make Ted Cruz cry. If nothing else, maybe the mere threat will make Cruz and Kasich think twice about criticizing Trump before Election Day in case they’re tempted. On the other hand, last spring the easy and almost certainly correct interpretation of Trump saying “I think I’m going to run for president” was that he’s an attention whore who likes the media interest in his prospective candidacy but who’d never actually risk rejection by the voters. (That was my interpretation.) Turns out he’s full of surprises! A Twitter pal makes a fair point too: Trump being Trump, it’s easier to imagine him dropping 20 large to indulge a grudge against Cruz and Kasich than to build a competent organization that might get him elected president. If you believe the armchair psychology about him, he only ran in the first place to ease some of his butthurt at the political class for treating a great man like himself as a joke. Nothing would take the sting out of an ego blow as severe as losing the election like reminding Senator “Vote Your Conscience” who the alpha male is between them.

Good point. Chew on that, and on this: This Bloomberg story is floating around tonight at a moment when Kasich and Ohio’s state GOP are being urged to put aside their hard feelings towards Trump and get to work for him against Clinton. This guy is threatening the sitting Republican governor of a swing state he desperately needs to win this fall, knowing that he’s depending on the state party to do most of the legwork for his skeletal ground-game operation. Does he have clinical brain damage?

Exit question: “How much money will he spend to stop David Duke?”