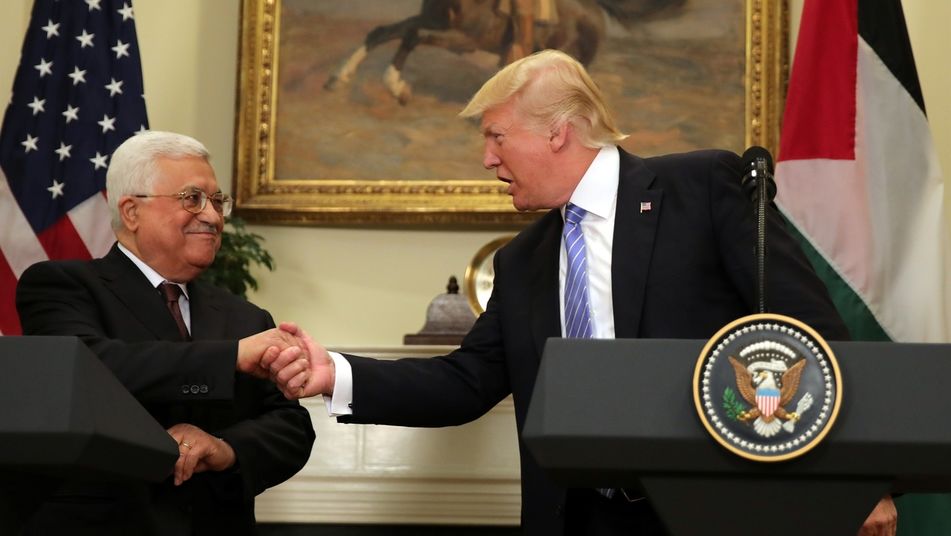 Trump appears to be back at the negotiating table with the [so-called] “Palestinians” in his delusional approach to peace in the Middle East.

Honored to meet w/ Pres Abbas from the Palestinian Authority & his delegation, who have been working hard w/everybody involved toward peace. pic.twitter.com/4E8awDkX93

Trump says the Palestinians are working very hard toward peace and then explains that he will devote everything in his heart and soul to a peace deal made. Oy vey.

Then this happened after their meeting:

#BREAKING Abbas at UN calls for end to ‘apartheid’ for Palestinians

You know if Trump wants anyone to believe that the Palestinians are serious about peace, then he needs to get them to proclaim loudly and proudly that they recognize Israel’s right to exist.

Otherwise this is just delusional.