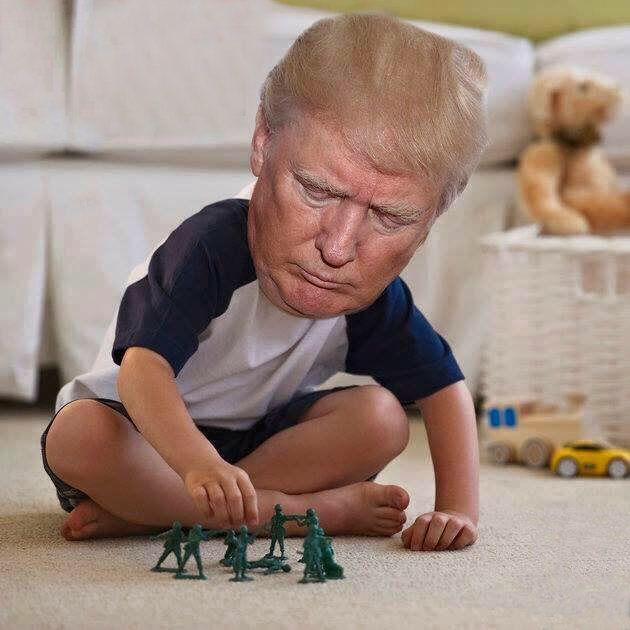 Is this man for real?

He wants to be the Commander In Chief and yet, for some reason, is very fond of sticking his foot in his yap whenever he opens it. His latest statement is one for the ages and when I first saw reference to it, I thought, “He couldn’t have said something that dumb, could he?”

Trump just declared that the United States lost the Vietnam War and every war since. “Since then, we only lose,” he said.

Thank you Donald. You just took a crap on our military men and women and our military leaders over the last 40 years and flushed them all down the proverbial Trump Toilet.

So here is a little history lesson for Trump (and his sycophant followers who will likely be saying, “He’s right, looser cuck!”) detailing military victories we have had since the Vietnam War.

1. Invasion of Grenada (1983) – The military dictatorship of Hudson Austin was deposed, the Cuban military presence was defeated and their constitutional government was restored.

6. War in Afghanistan (2001-2014) – Defeat of the Taliban government; Destruction of Al Qaeda training camps; the killing of Osama bin Laden

Certainly one can debate the level of victory we achieved in the Iraq War and the War in Afghanistan, but by no means did we “lose.” Remember, F**kface Von Clownstick claims he doesn’t like “losers.” Well guess what? He just called anybody who fought or served in any of the above wars, “losers.” Nice work, Donald.

For somebody who claims to be so smart, he really is a stupid man.